The platform WeReport, created to bring international attention to the Spanish state's "repression", has announced the date and location of the first event in its campaign to denounce the "violation of civil rights" they claim is underway in Spain. The plan is to hold a debate in Munich this Thursday, 23rd May, at 7pm.

Scheduled to take part are Diether Dehm, a member of the Bundestag for Die Linke; Peter A Kraus, a political science professor at the University of Augsburg; Anand Torrents, coordinator of WeReport, and Núria Tarrés, mother of Adrià Carrasco. 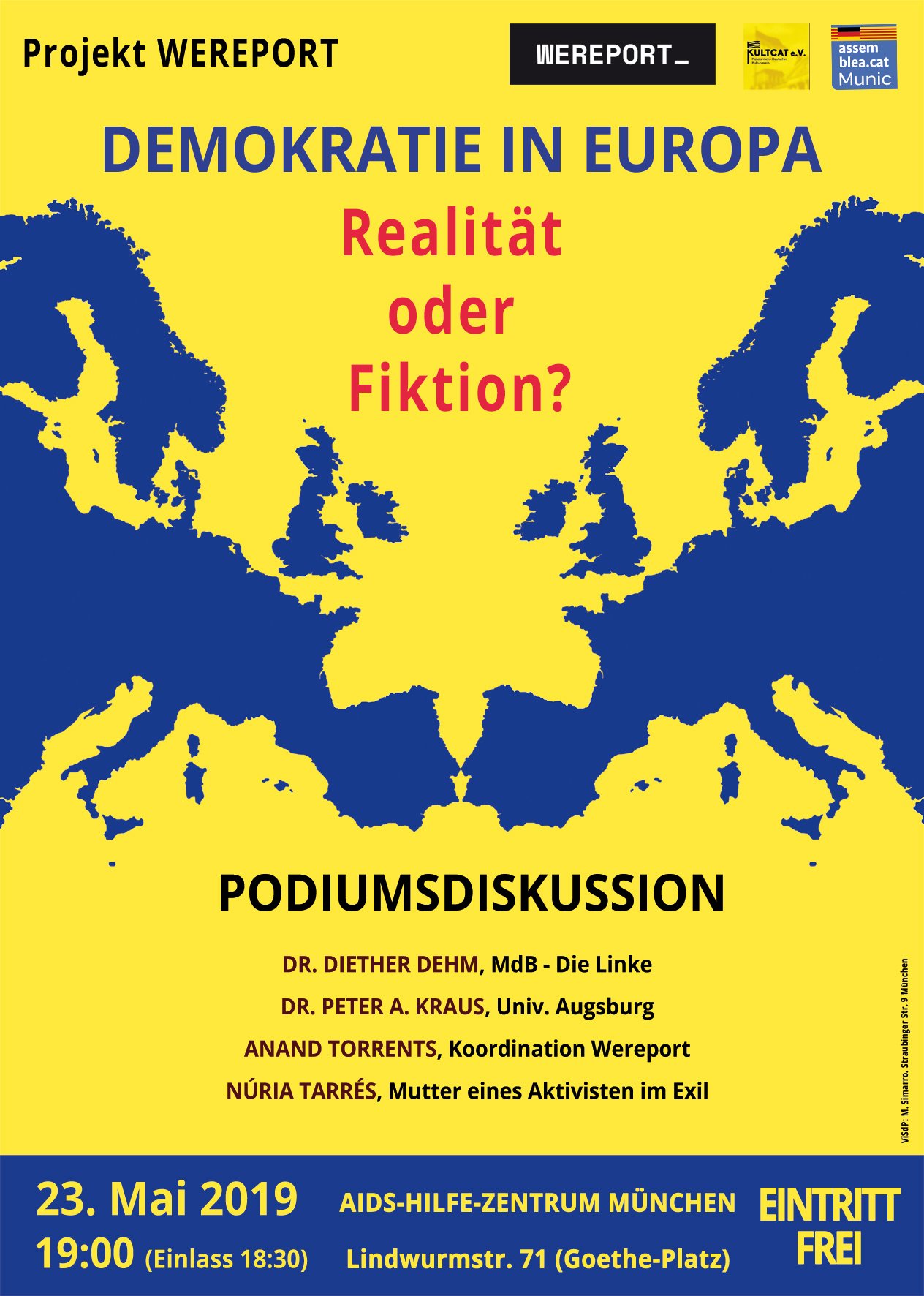 WeReport was created by a group of social organisations in January to denounce internationally the "violation of civil rights" they say is taking place in Spain, a country they accuse of "resembling Turkey or Venezuela". The creators say that, in Spain, there is "a lack of separation of powers, democratic and political fraud, and the violation of human, civil, and political rights such as: the right to political representation, the right to political participation, the right to freedom of speech and free assembly, even the right to one’s own physical integrity, as well as the collective right of the Catalan people to self-determination, to name but a few".

Editorial The Catalan cause, in the Bundestag José Antich