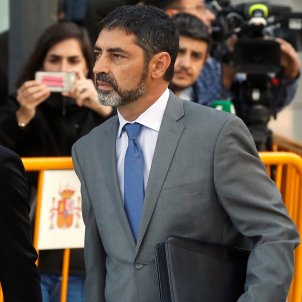 The National Audience court's public prosecutor had asked for prison without bail for the head of the Mossos d'Esquadra (Catalan police), Josep Lluís Trapero. The judge has not accepted.

Trapero will, however, have to present himself at a courthouse every 15 days. He cannot leave the country and has to hand over his passport. He will also have to provide a telephone number and a contact person to receive notifications. If he breaks any of these measures then he will go into pre-trial detention.

The police chief is facing charges relating to the protests in Barcelona on 20th and 21st September and the day of the referendum itself, 1st October. The public prosecutor asked, as a cautionary measure, for jail without bail, arguing based on the seriousness of the charges, the crime of sedition, his position as head of the Mossos and the repeated nature of the alleged crimes. They accuse the police of not organising "the necessary cordons to form a passage through which the detainees could be led to the Economy department, not taking measures first thing in the morning to avoid the gathering developing, to rescue the property found within the official vehicles of the Civil Guard and to adequately ensure the exit of the judicial commission and the units of the Civil Guard".

The judge, Carmen Lamela, however, believes that "Trapero's behaviour in the events of the days of the 20th and 21st of September, does not yet appear sufficiently defined to the point of being able to link it currently to events as serious as those that took place on those days". Moreover, she does not consider the events of 1st October, as the prosecutor asked.

The judge did admit certain "elements" in her order and quotes but also quotes arguments from the public prosecutor that have been weakened after today's testimonies.

Two agents of the Civil Guard and the judicial secretary in their statements  to the court did agree with Trapero's statement on some points, confirming that passages were opened through the crowds, but that they weren't used in the end. The witnesses corroborated that, at 11am, "it was already impossible to evacuate given the number of people that had congregated" and that at "9:30am there were lots of people and they couldn't move even two metres".

Trapero attended the Audience this Monday morning, where he testified for almost two hours on the sedition charges presented by the public prosecutor on 22nd September, two days after the demonstrations for the arrests of 14 high-ranking government officials involved in organising the referendum.

The order (in Spanish): 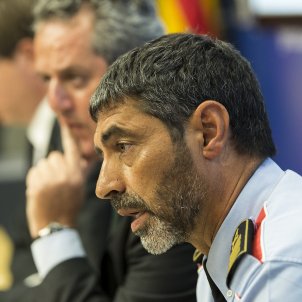 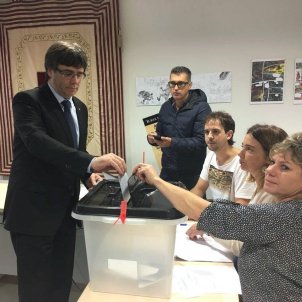