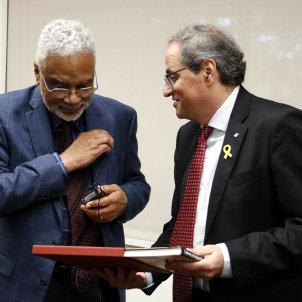 The founding director of the Martin Luther King Jr Institute at Stanford University, Clayborne Carson, has repeated that his interest in the Catalan independence movement is that it looks to achieves its objectives through "non-violence​, like Martin Luther King himself, or Gandhi". Carson noted, however, that Luther King wasn't part of a movement "for separation", but for union.

The Institute invited Catalan president Quim Torra this week to give a speech and take place in a class alongside Carson. Speaking to the media, Carson talked about the tensions that, as he understands it, exist around the world between human rights and nationalisms. "It must be ensured that defence of human rights comes above all else," he said. He also talked about totalitarianism, which he described as "the great threat for the world". As such, he said rights must be "communicated well" to the public. He noted that in the 21st century, the same governments that protect civil rights "are violating human rights", citing US president Trump's immigration policies.

Finally, Carson confirmed that he's corresponded with political prisoner Jordi Cuixart and was "moved" by his interest in Martin Luther King Jr. "I hope to be able to meet him in person and discuss [MLK]," he said. 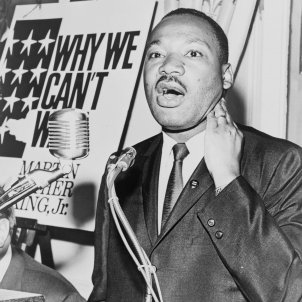