Rajoy won't resign so motion of no-confidence will go ahead 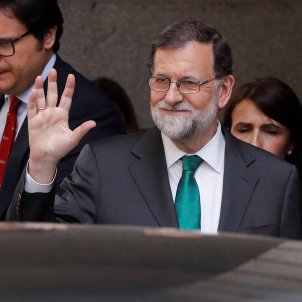 Spanish prime minister, Mariano Rajoy, doesn't plan to resign as a way of preventing a vote on the motion of no-confidence brought by PSOE's Pedro Sánchez to oust him from the Moncloa government palace. Sources from his PP party say that "it would be useless". This position was confirmed by the defence minister, María Dolores de Cospedal, in a press statement to dispel the "rumours".

Rajoy's resignation "wouldn't benefit either the general interest of Spain nor the interests of the PP", said Cospedal, who sees bad intentions in the rumours of Rajoy's resignation. The minister noted that, if he were to resign, parliamentary arithmetic wouldn't allow them to form another PP government.

In a press conference at the Spanish Congress, Cospedal, who is also PP's secretary general, didn't waste the opportunity to attack those who will support the motion this Friday. "The government which will come from it isn't for the good of the Spanish people," she said. She also raised doubts about the alliances formed by PSOE for the vote: "we don't know what pacts it's based on with the radical and pro-independence parties".

After taking part in the start of the debate this Thursday morning, Rajoy disappeared from the Congress, where he hasn't been seen all afternoon. During the lunch break, the Basque Nationalist Party informed him it would support Sánchez's motion, giving it the votes needed to pass. Despite this, it is expected he will attend the chamber this Friday for the vote.

Not only do the PP not have the number to form another government if Rajoy resigns. Sources have told Europa Press that if they are kicked out of government, it would help their rhetoric in the coming months in the run-up to an election which Sánchez would have to fight from a weak parliamentary position. 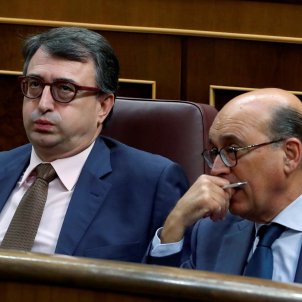 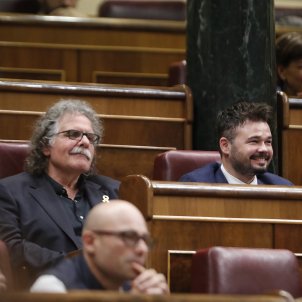 Motion of no-confidence Catalan party ERC: "Our 'yes' to Sánchez is a 'no' to Rajoy" Carlota Camps 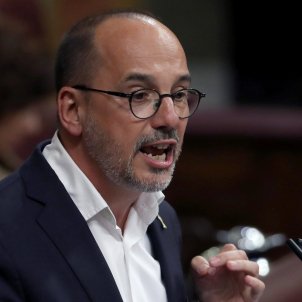