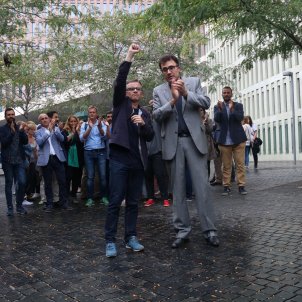 A Barcelona court has decided to withdraw the accusations of rebellion and sedition against senior Catalan government figures, legal sources have told El Nacional.

The judge has said, after more than a year's investigation, providing all the Civil Guard's reports to both the National Audience and Supreme Court, that they are not competent to investigate such charges.

Judge Juan Antonio Ramírez Sunyer admits that he cannot investigate rebellion or sedition in a letter in response to one of the lawyers involved in the case. Indeed, he notes that he had informed the Supreme Court that he had accused who, due to their position, should have been tried by that court, but that the high court dismissed including them in its case.

In fact, he goes as far as admitting there is so far no evidence that those he is investigating committed the two crimes, at the same time as explaining he hasn't stopped the investigation. This stance has angered the defence.

From the start, the lawyers have argued that the case being investigated at Barcelona's court of instruction number 13 was a general case against the independence movement which aimed to stop last year's referendum and punish all those who took part in organising it.

This investigation was the one that produced the police report on Jordi Sànchez and Jordi Cuixart and the alleged charge of sedition against the two leading pro-independence activists following the protest on that 20th September. The two have now spent almost a year in pretrial detention.

The investigation is based on Civil Guard reports, telephone taps, some of them wholesale, and material seized during the searches on 20th September.

These are also two of the main charges against the senior politicians and activists under investigation by the Supreme Court. Indeed, a lot of the evidence in that case, like the so-called Enfocats documents and Moleskine agenda found in Jové's office, comes from the Barcelona court's investigation. 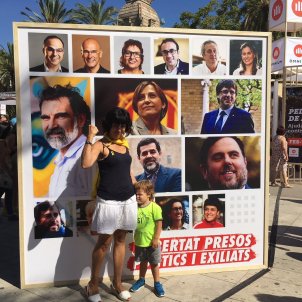