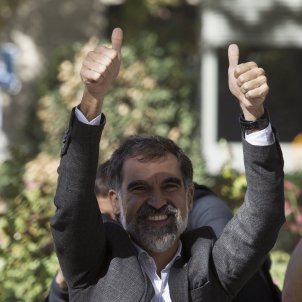 Imprisoned Catalan pro-independence leader Jordi Cuixart will be able to leave prison for 72 hours after his leave request was approved by the prison supervision tribunal, justifying its decision with the fact that he has now served "the first quarter of his sentence, as of January 14th, 2020". The judge was strongly critical of the submission in opposition to the leave made by public prosecutors. It was not valid, she said, to require Cuixart to "modify his political ideology" which was "legitimate."

The public prosecutors had opposed the granting of the three-day leave, submitting on January 31st that this second permission requested by the Òmnium Cultural group president, and for which he had the support of the Lledoners Prison's internal supervisory board, was "premature". He had completed very little of his sentence, said the public prosecution office, and moreover, declarations such as his famous exclamation that he would "do it again" indicated a "lack of repentance."

The judge, however, has resolved that, despite the prosecutors' opposition, the pro-independence leader fulfills the two essential requirements provided for in article 154 of the prison regulations for the granting of standard leave permission.

First, as of January 14th, Cuixart has served over a quarter of his sentence, and second, the prison supervisory judge says that he has shown "good conduct in prison" and is "adapting to legal requirements". Similarly, she states that "he does not have a disciplinary record and has a good behavioural record in the module where he is located".

Moreover, the judge underlines that it "does not accept" the arguments that the prosecutors make in their report opposing Cuixart's leave.

The judge's ruling states that "it is not valid to propose, as the public prosecutors do, that the inmate should carry out a specific programme to change or modify his political thinking or ideology, undoubtedly referring to his will to continue to claim the right to decide on the situation in Catalonia, in a peaceful and non-violent way."

The judge states that Cuixart's ideology is "legitimate" because "it is part of the programme of several political parties active in Catalonia, and neither those parties nor their election programmes have been declared unconstitutional."

Finally, the judge's decision notes that Cuixart will complete half of his sentence in April 2022, two-thirds in October 2023, three-quarters in July 2024 and will have his definitive release in October 2026. 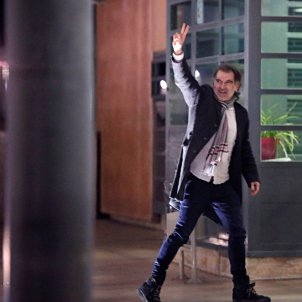 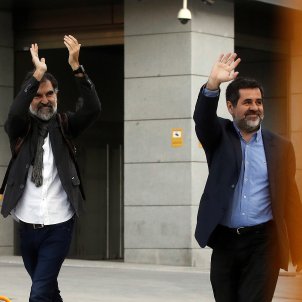