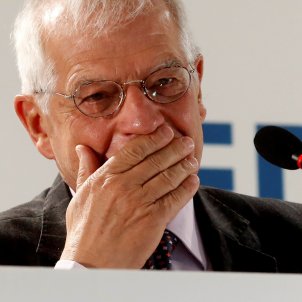 The EU's High Representative on Foreign Policy, Josep Borrell, has been forced into damage control mode on social media after disparaging comments he made about Greta Thunberg and young climate campaigners provoked a storm of criticism around Europe. The former Spanish foreign minister was even strongly criticised by his Spanish Socialist colleagues, while the European Commission, of which Borrell is a member, distanced itself from his remarks.

The controversy began on Thursday, when the head of European diplomacy referred sarcastically to what he called the "Greta syndrome", alluding to young Swedish activist Greta Thunberg, and the movement she leads, Fridays for Future. He expressed his doubts about the movement, saying "It's very easy to demonstrate against climate change if no-one asks you to pay for it".

Criticisms of Borrell's remarks flowed free and fast on social media, and this Friday, Spain's ecological transition minister, Teresa Ribera, took to Twitter herself to publicly express her disagreement with her former ministerial colleague's postulates. Said Ribera: "Young people are increasingly aware of the extremely high cost of not taking action on climate change; I am extremely grateful that they are protesting; and it's up to us all to do more, better, and faster to face the climate emergency."

In the face of the criticism, Borrell sent two tweets in English, declaring his support for "youth movements to fight climate change" and saying that they are "inspirational for politicians and societies". Climate change was, he said, "one of the biggest geopolitical challenges we have". In his second tweet, he mentioned the needs for the "social and economic costs of transition" to be faced.

Youth movements to fight #ClimateChange have my full support and inspire politicians & societies. Climate change is one of biggest geopolitical challenges, we can't afford costs of inaction. (1)

To be successful, we also need to tackle social and economic costs of the transition with Just Transition Mechanism. (2) #EUGreenDealhttps://t.co/bzOc14eV17

Lying for damage control. This is what happens when you appoint a clown to an important position: it acts like a clown! And, don't worry, he will continue to do so. https://t.co/UN9CpmF55F

Meanwhile, the issue was also raised by reporters at a European Commission press conference, where a spokesperson responded that the Commission's position in support of such youth movements was clear. He was then asked: "Do you think there is such a thing as the Greta syndrome?"

"I don't think the Greta syndrome has been defined as a medical condition so the answer to that is no", was how the Commission spokesperson dismissed the question. 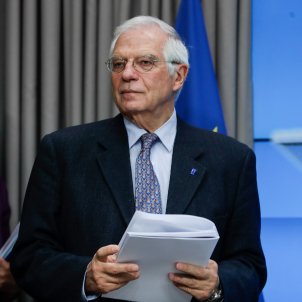