Aznar was right: we're on the verge of the big one 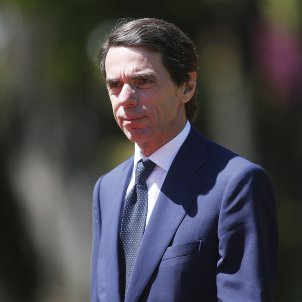 The day after the 2012 Catalan election, José María Aznar (Spanish prime minister 1996-2004) presented the first volume of his memoirs and, during his talk, said that "Catalonia's unity will break before Spain's". He didn't say that Spain would take charge of tearing Catalonia apart. What couldn't be foreseen, almost six years ago now, was that after all the hopes and dreams placed in the independence process, the movement would shatter into so many groups, factions, lobbies and parties who disagree to the extent that all that remains is the wait for what seismologists call "the big one", in other words, the great crack which ruins everything to start again, to fight, suffer and lose again.

The rupture Aznar was referring to was probably that of breaking Catalan society into unionists and separatists, which has been a strategic objective of the Spanish right since the 90s, but this split, despite the results of the 21st December election, will never crystallise, because two don't fight if one doesn't want to, and independence supporters, the vast majority of them place more importance on social harmony than independence. It's one of the country's characteristics, more interested in business than conquest.

It should be noticed how certain authors who aim to give intellectual coverage to the a por ellos (go get them) idea denounce the slogan "Catalonia, a single people" as the ideological basis of Catalan nationalism, when in fact it was the slogan PSUC, an old Catalan communist party, presented as an alternative to the plans of the Catalan right. The Spanish nationalist political offensive needs "two peoples" in Catalonia and for that reason it puts emphasis on the language.

A divided Catalonia is weaker, more controllable and more inept and maybe to a greater extent than we had imagined, precisely where we least expected. The most sordid side of the independence procés is this antagonism built up by the parties and, above all, leaders of the independence movement, which is now spilling over on all sides like pus, whilst Madrid doesn't stop sending bombs.

The president and vice-president didn't speak the day the Catalan republic was declared and it seems they have reasons to never speak again, as former minister Santi Vila says in a book which Sergi Sol has replied to (in Catalan) to show the bad blood flowing. As a result, Junts per Catalunya and Esquerra Republicana have needed almost three months to reach something like an agreement which, in the blink of an eye, CUP has put paid to to animate the disaster even more, and it's done so with enough fuss to cause collateral damage in the relationship between Puigdemont and his faithful and his PDeCat party, who don't agree either on who has to be the president in Catalonia. And the split of the pro-independence world seems like it will increase in the near future because, with more than a year to go to the municipal elections, there is already half a dozen parties and platforms getting ready to fight for the mayorship of Barcelona, doubtlessly the best thing that can happen for pro-union Ciutadans to conquer the City Hall with little effort. The multifaceted pitched battle has even reached those entrusted with keeping the peace, ANC and Òmnium, who have opted for different paths and going it alone, as was seen on Sunday, with different strategies and decided on competing.

In summary, the repressive offensive against the Catalan independence movement, combined with such self-destructive activity by the pro-independence world makes it difficult for Catalonia to soon have a government capable of stable working even if a president is invested. It more raises fears of a cataclysm in the form of collective political suicide, the big one. 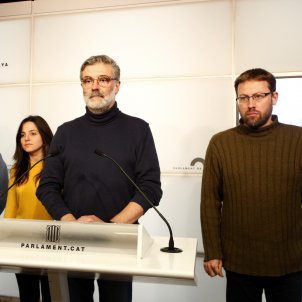