"The independence movement is on trial" say Catalan defence lawyers

Eleven lawyers have argued today before Spain's Supreme Court that the trial following last year's Catalan independence referendum should be held at the High Court of Justice of Catalonia (TSJC) instead.

The defence counsel spoke following the order of their clients in the indictment and the original lawsuit presented by prosecutors, which goes from Oriol Junqueras to Joan Josep Nuet.

Headed by Andreu Van den Eynde and Jordi Pina, who represent the highest-profile accused, the lawyers all argue that none of the alleged crimes were committed out of Catalonia, one of the requirements for the Supreme Court to hear the case. Marina Roig, Jordi Cuixart's lawyer, the bluntest of all today, denouncing that a "political problem is being judicialised".

"Today, everything begins". That was how Andreu Van den Eynde, representing Oriol Junqueras, opened his remarks in the preliminary hearing to decide which court should hear the case. Van den Eynde was the first to speak of the defence who have applied for the case to be transferred to the TSJC, arguing that the events that form the basis of the accusations against 18 members of the Catalan government, the Parliament's governing board and pro-independence parties took place in Catalonia.

For the lawyer, today's was a "hearing about the crisis model". "They are politicians doing politics", according to Van den Eynde, who accused prosecutors of "forum shopping" (looking to find the court most likely to be favourable to their view), choosing a court which is not competent to try them and which violates equality before the law, their right to appeal and other rights. 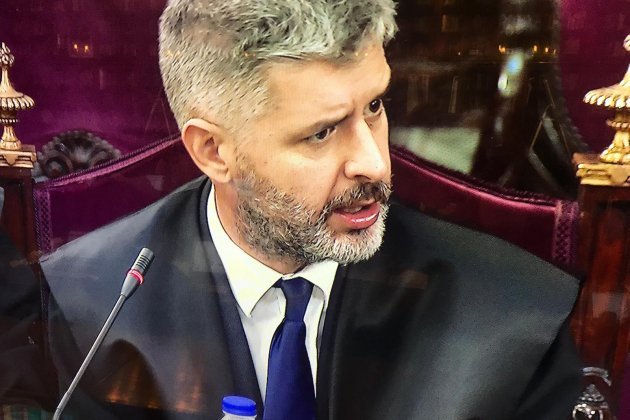 "I've got little confidence that the court will accept this defence's arguments. Not because the procedural arguments don't make sense, rather because there are particular actions by the court itself which make me think that it has already taken the decision to not accept them". That was how Jordi Pina started his arguments, following Van den Eynde's line that the events took place in Catalonia and that those abroad, like hiring websites or producing the list of voters not resident in Catalonia, aren't justification enough for the Supreme Court to hear the case..

There's a "clear absence of arguments in the indictment", according to Pina. The lawyer, representing Jordi Turull, Josep Rull and Jordi Sànchez, argued that "it could violate their right to appeal" as such an appeal would be heard by the same court.

He warned the court that if the trial is held in Madrid in the end, the accuseds' right to speak in Catalan cannot be violated and, as such, they'll ask for simultaneous translation. This would be unprecedented, as the trial of Francesc Homs, Catalan presidency minister at the time of the unofficial 2014 independence referendum, was neither held in Catalan, nor was an interpreter used. 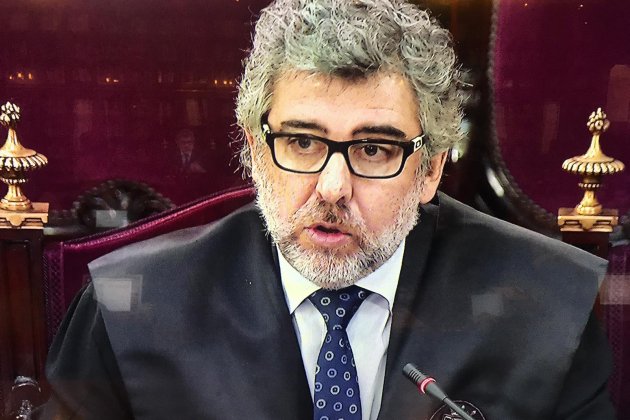 Marina Roig, Jordi Cuixart's lawyer, didn't shy away from topics which might be uncomfortable for the seven judges who, in theory, are to hear the referendum case. She spoke directly about the international profile of the Catalan situation and even in favour of the governments of Catalonia and Spain speaking to find a solution to it.

"It bothers you that other European courts should take positions over what's happening in Catalonia," she said. "We cannot put on a blindfold when, from abroad, they indicate to us how a democratic state should work", she added, referring to the legal proceedings against the politicians in exile.

"Is putting a slip into a ballot box a tumultuous uprising?", she asked, giving her own clear conclusion from her question: "a political problem is being judicialised". "Is the court prepared to sacrifice basic facts?" Roig concluded. 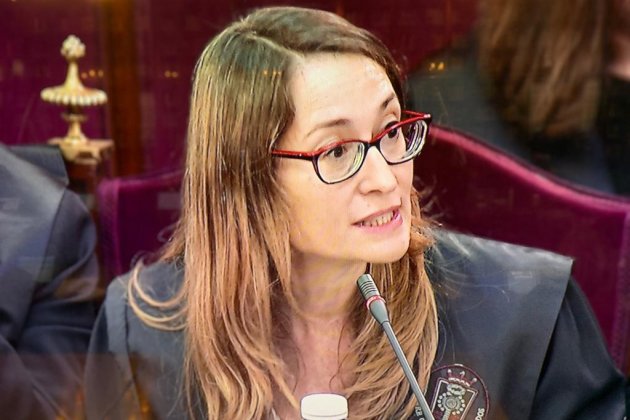 The other lawyers all argued along similar lines.

Mariano Bergés, representing Dolors Bassa, opening that "opening [Catalan government] delegation abroad is legal" and that "the campaign for the referendum was neither rebellion nor sedition". She also noted that the indictment cites no crime committed outside of Catalonia. 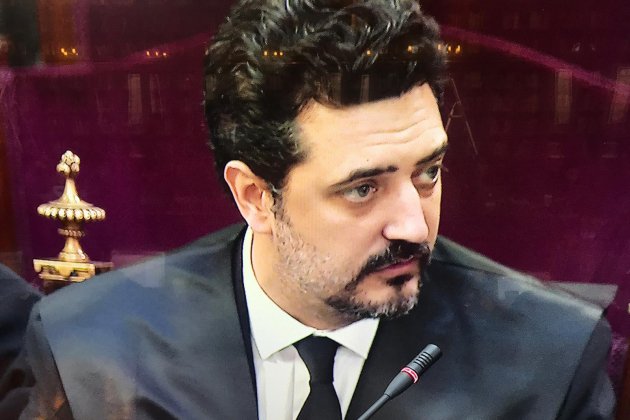 Josep Riba, lawyer for Carles Mundó, questioned the idea that crimes were committed abroad. On the charge of misuse of public funds, he said: "Of all the factual parts that the prosecution situate out of Spain, there's a significant lack of factual specificity, the evidence doesn't have enough weight for this court to be competent". 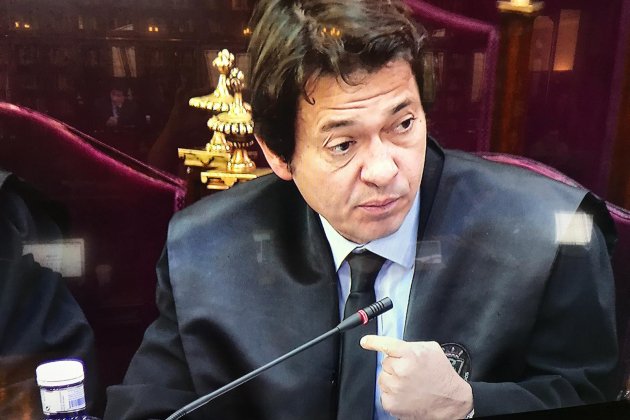 "Part of the court has a very questionable attitude", said Carles López for Mireia Boya. "The right to an ordinary judge is being violated and a procedural mechanism for the defence to be able to question the court's competence is not being set up," he said.

López denounced that "they want to try the independence movement" and that "under no circumstances do we understand how Boya [who was a deputy in the Catalan Parliament] can be tried in this case". 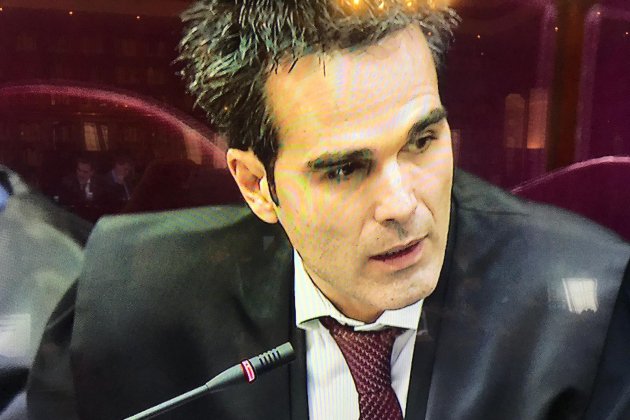 Joan Segarra, lawyer for Santi Vila also called for the case to be heard in Catalonia: "The TSJC will impart the same justice as the Supreme Court". He said that "the one who enjoys competence and who has to impart justice in this case is the TSJC" and that "in none of the charges does there appear any element which happened out of Catalan territory". He repeated that "none of the accused has taken any decision with financial importance outside of Catalan territory" and noted that his client does not have aforado status, which gives parliamentarians, police, judges and various others in Spain the right to be tried by the Supreme Court instead of an ordinary tribunal. 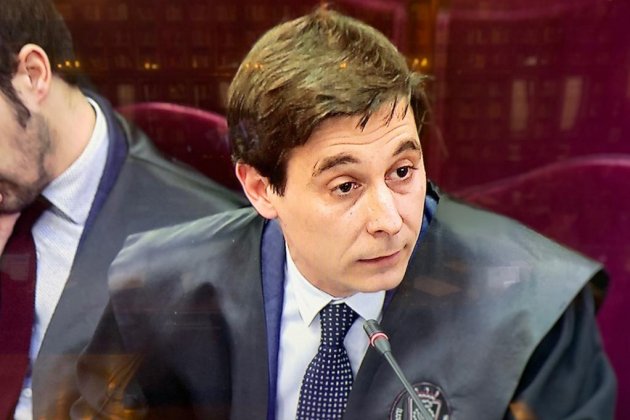 Raimón Tomás, representing Anna Simó, warned that "we're at one of the last opportunities to set this case on the right course". 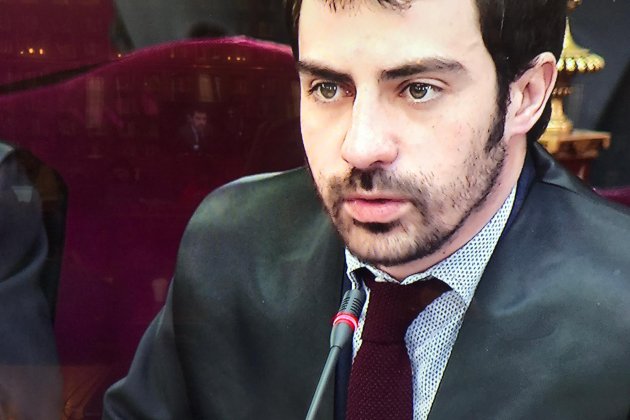 Joan Josep Nuet's lawyer, Enrique Leiva, ended the remarks from defence counsel warning that "the independence cause and the criteria of parliamentary activity are on trial". 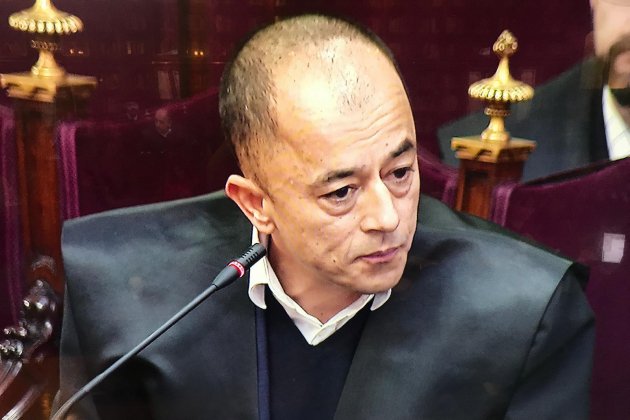 It wasn't just Marina Roig, but the female lawyers in general who were pulling fewer punches than their male colleagues today. The first of them to speak was Olga Arderiu, the lawyer for Carme Forcadell.

Arderiu said there is nothing which proves the prosecutors' accusations: "The prosecutions' filings say that there were events committed outside of Catalonia but later don't specify any". "Misuse of public funds also has many arguments; the public patrimony belongs to the Catalan government and as such resides in Catalonia," she added. She noted that "none of the elements which suggest rebellion or disobedience fall under this court's competence". 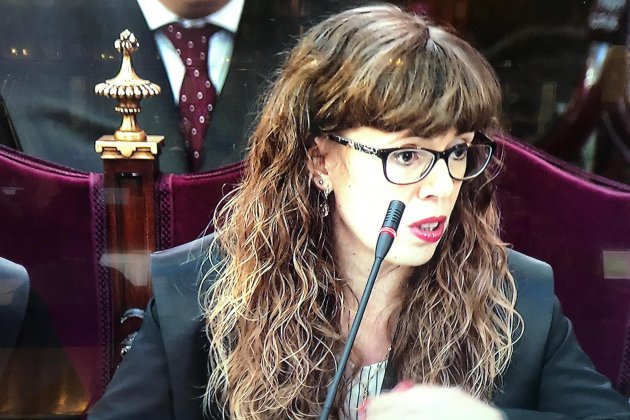 Specifically, she noted that the proclamation of independence never took effect: "If that had happened, it would indeed have affected the whole of Spain. But if independence had been declared it would have been done in the Parliament, as such the competence would remain in Catalonia".

Judith Gené said that "there are already enough exceptional elements as to now also interpret where the case should be heard". She is the official lawyer for Ramona Barrufet, Lluís Guinó and Lluís Corominas and today was also representing Joaquim Forn and Meritxell Borràs, because their usual lawyer Xavier Melero didn't attend, following his policy of avoiding confrontations with the court. 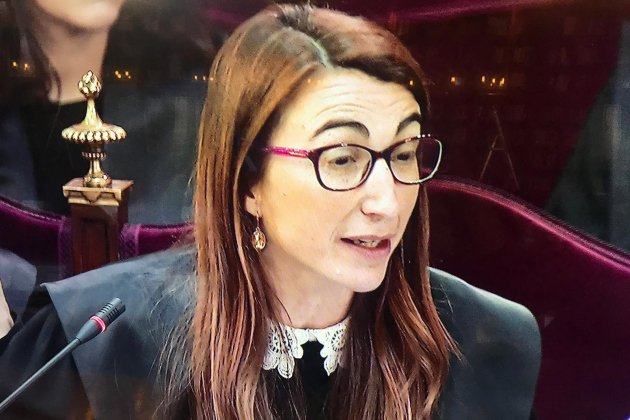 ​She added that "it's been proven that all the events unfolded in Catalonia and that, as such, there's no argument to drag competence to this court".