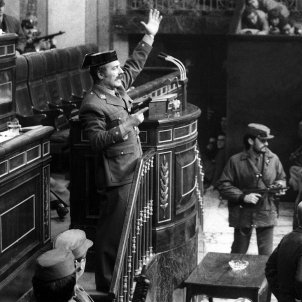 César Álvarez, Vicente Carricondo, Jesús Alonso and Pedro Izquierdo are four Spanish Civil Guard agents who were sentenced by the Supreme Court for their participation in the attempted coup d'état on 23rd February 1981. Between them, they have since received at least nine decorations, according to online newspaper InfoLibre.

The medals in question are for Police Merit and Civil Guard Merit. None of them includes any additional pension. Of these nine, seven were awarded during the time of Mariano Rajoy's PP government. The other two occurred during the time in office of José María Aznar (PP) and José Luis Rodríguez Zapatero (PSOE).

Álvarez, Carricondo, Alonso and Izquierdo all went to the Congress that day, as the deputies were taken hostage during the operation headed, at least publicly, by lieutenant colonel Antonio Tejero. The first three were members of the First Mobile Headquarters and mobilised by Captain Jesús Muñecas Aguilar, a Franco-era torturer. The fourth was following orders as part of the Barajas Detachment.

The Supreme Council of Military Justice absolved all the agents involved, arguing that they had been just following orders. However, a month later, the Supreme Court sentenced them to a year in prison for military rebellion. 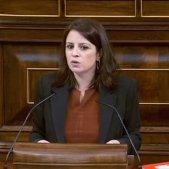