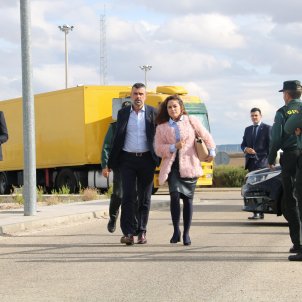 Santi Vila, until last Friday Catalan minister for Business and Knowledge, has left prison. He posted bail, the judge wrote the release order and this was then communicated to the judge in Arganda del Rey who has territorial responsibility for the Estremera prison and who had to inform the prison of the release.

According to defence sources, the lawyers deposited the 50,000 euros that Carmen Lamela, the judge of the National Audience court, had ordered, in the court's appropriations account, which paved the way for Vila's imminent release from Madrid's Estremera prison where he had spent the night.

The former minister is the only one of the 9 imprisoned yesterday who has been able to leave prison on bail because the judge does not see a risk of him reoffending, as he "voluntarily gave up continuing with the sovereignty process" the day before the declaration of independence. Due to these "special concurrent circumstances", the judge gave a different order for Vila, a potential candidate for the 21st December elections, to the one for the other 8 politicians who appeared in her court yesterday.

As he left prison, under great media interest, the former minister described the decision to imprison the Catalan government pending trial as "disproportionate measures". He called for an end to be put to a situation which he considers to be "very extreme". Despite everything, he did however confirm that his former colleagues are all "well and calm". 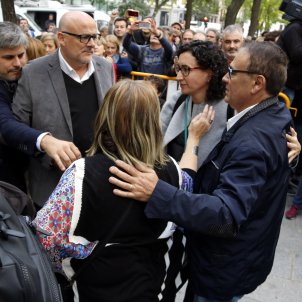 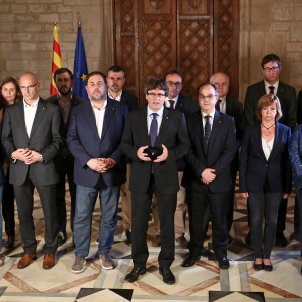 Joint Article With the legitimate government of Catalonia El Nacional