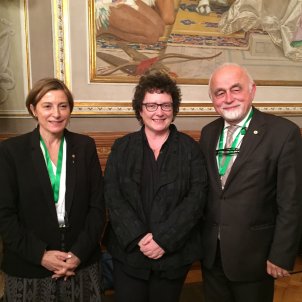 The speaker of the Flemish Parliament, Jan Peumans, has this Wednesday repeated his criticisms of the Spanish state, describing the imprisonment of Catalan politicians over last year's independence referendum as "unacceptable". He said that, in his opinion, "the Spanish government is incapable of fulfilling the conditions to form part of a democratic Europe".

"Locking up politicians is an act of violence", said Peumans, a member of the party New Flemish Alliance (N-VA). He was speaking at the inauguration of an exhibition by the Catalan photographer Dolors Gibert and the journalist Carles Gorb at the party's headquarters, covering key moments in the independence process from 2010 to now. Also present at the event were president in exile Carles Puigdemont, the president of the Catalan National Assembly, Elisenda Paluzie, and former ministers Meritxell Serret, Lluís Puig and Antoni Comin.

Peumans said that "true democratic ballot boxes are the symbol of the will of the people" and "violence is totally out of order when we're talking about the birth of democracy", as is "violence against politicians for expressing their opinions". For this reason, he justified his controversial letter to former speaker of the Catalan Parliament Carme Forcadell, currently in pretrial detention.

"It's unacceptable that she should have been behind bars for almost a year, separated from her family and friends, because she tried to exercise a democratic right", he said, adding that "the way in which the other former ministers of Catalonia are detained or exiled is also shocking". As such, he "vigorously" repeated the message he gave Forcadell in his letter. 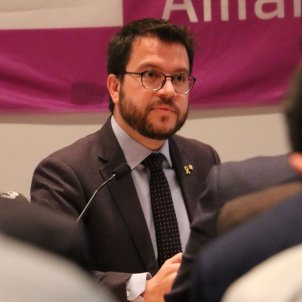 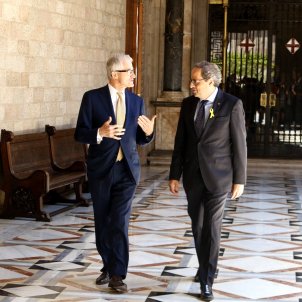 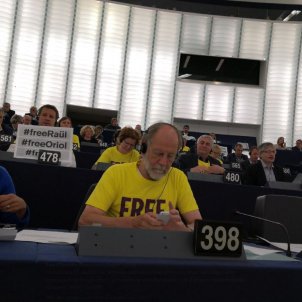