The far right in Catalonia: 20 groups and 328 attacks in two years 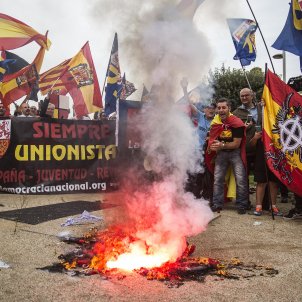 The Office of Civil and Political Rights started by the Catalan vice-presidency department in October has this Friday released its first activity report. It says there are twenty far-right groups which are active in Catalonia, and that they've committed 328 attacks in the last two years.

The great majority (267) of these incidents took place in Barcelona province. Girona came second with 40 claims, Tarragona had 15 and Lleida 6. The first three figures are roughly proportional to the relative populations of the provinces; in Lleida, the rate is notably lower. The government has based its numbers on data collected by various specialised observatories since January 2017.

According to this first release, the groups identified as being part of the far right "are organised is a paramilitary manner" and act in "municipalities with a pro-independence social majority, with the aim of intimidating the population". They also say that these groups "occasionally rob activist material from public spaces (estelades [pro-independence flags] and banners calling for the release of the political prisoners among others), or attack monuments or plaques [which are] commemorative or in support of independence, and the headquarters of organisations and private houses".

At the same time, the office calls on the victims of such attacks, or anyone else who has suffered "any attack against their civil and political rights" to report to the relevant court and to inform the office. 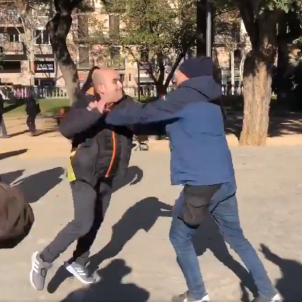