A fifth vice-president of the European Parliament, Italian Fabio Massimo Castaldo (EFDD), has asked for an explanation of the process behind last week's decision to prevent Catalan MEPs-elect Carles Puigdemont and Toni Comín from collecting their parliamentary accreditation. He confirmed the Bureau didn't discuss the matter and said that he would also "appreciate [...] clarification from President Tajani in this respect". 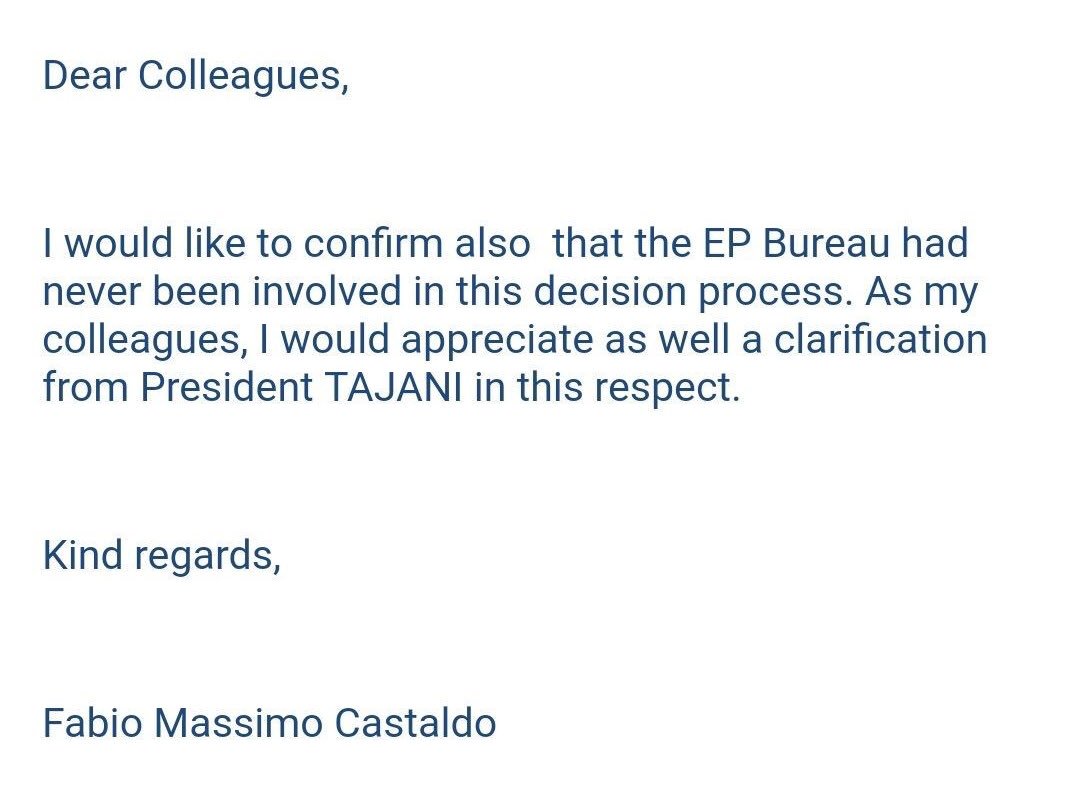 Of the Parliament's 14 vice-presidents, three had spoken out by early yesterday afternoon: Pavel Telička (ALDE, Czech Republic), Sylvie Guillaume (S&D, France) and Zdzisław Krasnodębski (ECR, Poland). Telička, for example, said he had written to president Tajani to ask him "who and why took the decision [sic] not to provide access to the three newly elected Catalan MEPs".

They were followed by Heidi Hautala (Greens/EFA, Finland), who told the news agency ACN that she thought the Bureau, formed of the president, the vice-presidents and five quaestors, should discuss the decision. She also expressed hope that Tajani will give a "detailed explanation" of what happened in the next Bureau meeting on 17th June