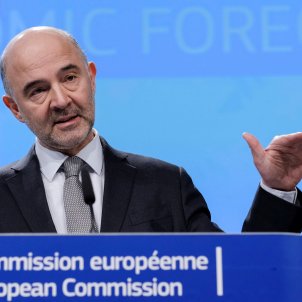 The European Commission has today increased it's prediction for Spain's growth in 2018 by a tenth of a point to 2.6%, an increase it justifies based on the strong increase in GDP in the second half of 2017 and because the impact of the Catalan political crisis has been limited. In fact, the Commission rates the affect of the Catalan situation far below the Spanish government's prediction.

"In response to the way in which we estimate the impact of the Catalan crisis we have very slightly raised our predictions for Spain with respect to last autumn", said the European Commissioner for Economic and Financial Affairs, Pierre Moscovici, in a press conference to present the Commission's winter economic predictions. "We remain confident in the Spanish economy's capacity for growth," he added.

The European Commission is more optimistic about 2018 for Spain than the country's own government, which announced that it is revising its predicted growth for the year up two tenths to 2.5%.

The report says that "the consequences for growth of recent events in Catalonia have stayed contained", but warns that "future events could have an impact, the extent of which cannot be anticipated at this time".

The Commission had warned in November than the conflict in Catalonia had risks for the economy, but didn't go as far as putting a number on it, unlike other institutions and the Spanish government. Indeed, in October, Madrid calculated that it would reduce GDP some 5 billion euros (£4.4 billion, $6.1 billion) and they lowered their growth forecast from 2.6% to 2.3%, which is expected to be updated shortly to 2.5%.

Brussels says that private consumption will remain the main driving force behind growth in Spain, although it will slow down as job creation slows.

The contribution from exports, they add, will remain positive, and they expect them to continue growing in 2018 and 2019, at "slightly lower" levels than currently, but quicker than imports.

They warn, however, that the effect of some of the factors that have supported this will reduce, like the improvement in financial conditions and low oil prices.

If it meets these predictions, over the next two years Spain will grow above the EU average, whose projections are also more promising than in the autumn: 2.3% for 2018 and 2% for 2019.

As for inflation, the Commission expects that it will increase in the first half of the year then decrease in the second half, due to the effects of oil prices. They believe the year's average will be 1.6%, dropping to 1.5% in 2019.

The Commission publishes four sets of predictions per year. In summer and winter, only for GDP and inflation, adding forecasts for deficit, unemployment and debt in their spring and autumn reports. 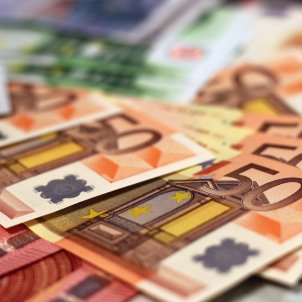