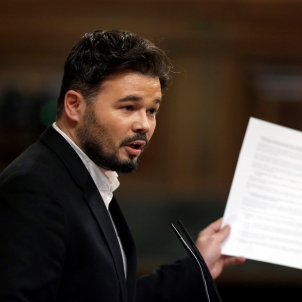 "If there's no [dialogue] table, there's no legislature". That was the message from ERC Spanish Congress spokesperson Gabriel Rufián to the candidate for prime minister, Pedro Sánchez during today's investiture debate. In his speech in the chamber, he warned the PSOE leader that they won't accept "scams", but argued that Sánchez's proposal is the best option available to his party: "It's by far better than what we've got, but it's far from what we want".

Rufián said he won't hesitate if it turns out Sánchez is trying to pull one over on them. "How do we make PSOE abide by [the promise]? I will be very clear: if there's no table, there's no legislature", he said. He continued: "If this time the people of Catalonia are scammed again, if this dialogue table isn't kept to, it won't be a party being scammed, it will be the people of Catalonia being scammed". ERC's abstention is a key part of the arithmetic for Sánchez to have the votes to return as prime minister.

Early in his speech, the ERC spokesperson read a letter from Oriol Junqueras from cell 47 in Lledoners prison, saying they are "always willing to negotiate, whether we are in prison or not", and that "to not do so would be to betray ourselves."

Beforehand, Rufián denounced the bans from public office against Junqueras and Catalan president Quim Torra announced yesterday by the Central Electoral Commission. He criticised the "administrative body" for "overreaching in this way" outside of an election period. He described its actions as "not only savage, but a textbook coup d'état". He blamed it on Pablo Casado's PP party, who knew of the decision an hour before it was announced publicly.

Rufián also criticised Sánchez for his contradictory, changing statements relating to the Catalan conflict. "What do you think has happened for him to go from boasting in prime time of being able to use the public prosecution service to talking of politics?" he asked. "These people. Fear of these people. His complex in the face of these people," he said, answering his own question gesturing towards the right-wing parties' benches. "Welcome to dialogue, welcome to politics," he concluded. 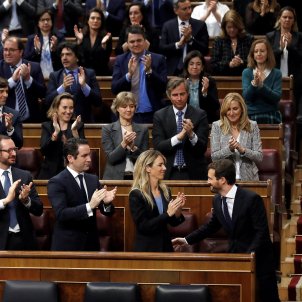 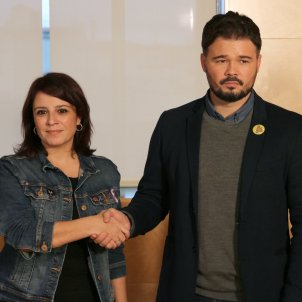 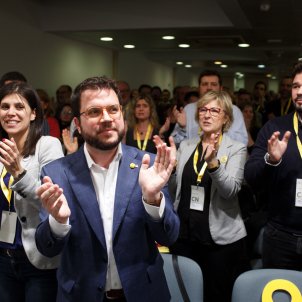