ERC leader: "The Spanish government threatened us with deaths in the streets" 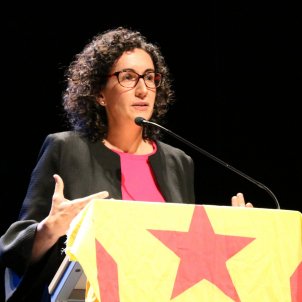 "The Spanish government threatened deaths in the streets". The general secretary of ERC (Catalan Republican Left), Marta Rovira, has revealed that Mariano Rajoy's Spanish executive threatened the Catalan government that, if they continued on the path towards independence, it would lead to a climate of "extreme violence" in which they wouldn't talk about "rubber bullets", but just "bullets".

Rovira said that such violence wouldn't come from a deployment of the Spanish National Police or Civil Guard, as during the 1st October referendum, rather that it would come from the army. "They were taking weapons to the barracks in Sant Climent Sescebes" and "the army was in operation" said Rovira in an interview with Catalan radio program El Món a RAC1. According to the ERC politician, the Spanish government's threat came through "various channels" after the police repression of the referendum and was looking to stop the government's plans for independence.

The deputy warned that the increase in violence, which the CUP (Popular Unity Candidacy) had warned about, was the main factor which they came up against when trying to enact independence. "The Catalan government was ready. What the government wasn't ready to accept was this scenario," said ERC's secretary general, whilst she described Rajoy's government as "fascist" and accused them of acting "unilaterally and aggressively".

Rovira wanted to clarify the situation around who will be her party's candidate for president of Catalonia in the 21st December election, giving two possible scenarios. On the one hand, she said that if the election campaign doesn't take place "in normality", in other words, if the imprisonment of 8 members of the government continues, they want to "reestablish" Puigdemont's executive.

On the other hand, if it does take place "in normal conditions" and ERC wins, their candidate for president will be the current vice-president, Oriol Junqueras. Whoever ends up being president, Rovira said that the upcoming legislature has to be the one that sees the development of the independent Catalan state. "Independence has already happened. Now the Republic has to happen," she said.

Rovira declined to talk about post-election pacts, although said that they are in discussions with the CUP and with PDeCAT (Catalan European Democratic Party) to agree on common manifesto promises, an agreement which they want to include Catalunya en Comú (Catalonia in Common) in too. "The offer of government we make is for everyone, it's to stop [article] 155 and recover the institutions", an offer which, according Rovira, can be backed by en Comú.

The secretary general said that these shared ideas would allow them to maintain the independence movement's unity of action, even from separate electoral lists. "We add up to more separately than together", said Rovira, who made it clear that the decision to stand in separate candidacies was coordinated between the three parties, ERC, PDeCAT and CUP. 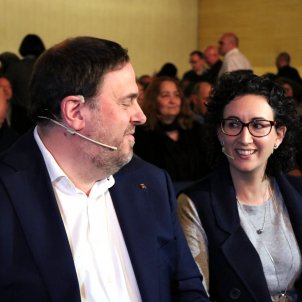 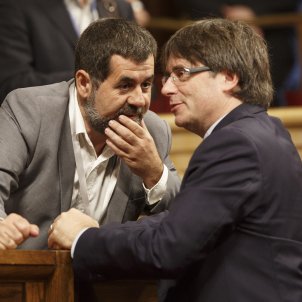 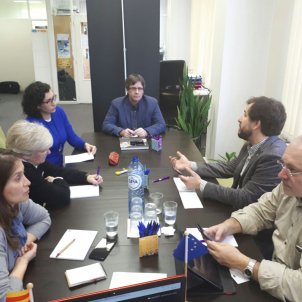