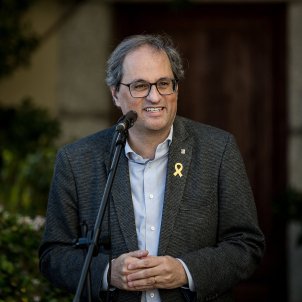 Spain's Central Electoral Board has given Catalan president Quim Torra 48 hours to order the removal of any estelada pro-independence flags and yellow loops (symbols of support for the defendants in the Catalan independence trial) on public buildings belonging to the Catalan government. It took the decision this Monday, following a claim presented by Ciudadanos. The party had protested the exhibition of "ideological or partisan symbols on public buildings and spaces".

After recalling the "repeated doctrine on the obligation for public powers to strictly maintain political neutrality during electoral processes" [emphasis ours], the board writes that "the equality of suffrage is essential in democratic representation" and that legislation requires them to preserve it. Ideological liberty and freedom of expression, they say, are fundamental rights for individuals, but not leaders. 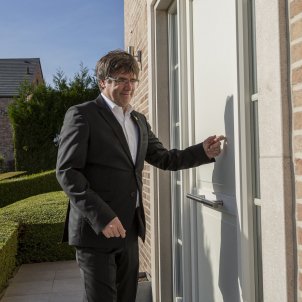