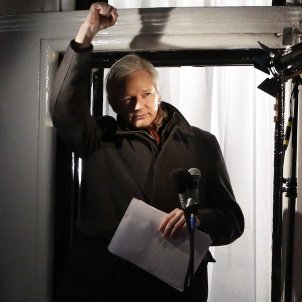 The president of Ecuador, Lenín Moreno, has banned Julian Assange from "intervening in countries' politics and self-determination", a clear reference to his comments on Catalan independence. Otherwise, Moreno says, "measures will be taken".

The country had, in March, cut off his internet access because his "behaviour, with his messages on social media, is putting at risk [Ecuador's] good relations with the United Kingdom, with the other members of the European Union and other nations". In the days before the ban, he had tweeted about the poisoning of a former Russian spy in the UK and had criticised the arrest of Carles Puigdemont in Germany.

Wikileaks quickly came out in support of its founder, saying that "reporting is not a crime". It criticises them for saying measures will be taken for what they say is him doing his job.

President Lenin Moreno again threatens @JulianAssange saying "measures will be taken" if he does his job and reports, as he did, on Spanish police beating #Catalan voters for self-determination, which Moreno here defines as "political interference". Reporting is not a crime. https://t.co/frel7TTJRf