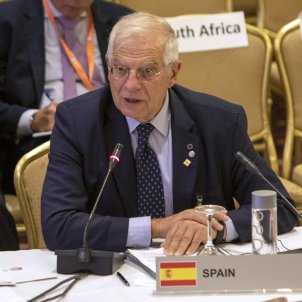 News website EUobserver has compiled an article on the controversial past of Josep Borrell, Spain's acting foreign minister and nominee for the country's spot on the new European Commission. If his nomination is successful, he will take the post of EU High Representative for Foreign Affairs and Security Policy.

They look at comments he has made from those that led to Russia summoning the Spanish ambassador to when he walked out of an interview with German DW News, saying "stop, you are continuously lying" to the reporter. They also note he is "well known for his anti-separatist position regarding Catalonia - the province [sic] where he was born."

The journalist looks back to 1999, when Borrell was PSOE's candidate for prime minister. He stood down from that nomination "in order not to harm his party [...] when a fraud scandal concerning two former colleagues [...] was revealed."

The article looks over his career from that point right through to more recent controversies, like when Spain's National Stock Market Commission fined him 30,000€ (£26,600; $33,900) for a "very serious violation of the securities market law". The case involved him selling 10,000 stocks in Abengoa "on behalf of a third party" when he had "insider information" on the company.

Borrell has to be confirmed by the European Parliament on 7th October; for the moment he doesn't have the necessary support. The Hungarian and Romanian candidates for the new Commission have already been rejected by a parliamentary committee over conflicts of interest. 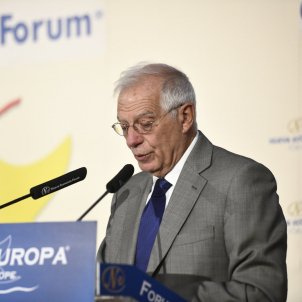