Debate suspended after a tempestuous day in the Catalan Parliament 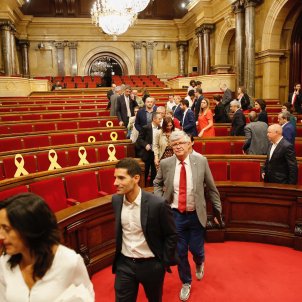 After a marathon day of tensions and negotiations between pro-independence parties JxCat and ERC, the Catalan Parliament's plenary session has been suspended for lack of time. The speaker, Roger Torrent, has decided to adjourn the third session of the general policy debate after the expected start time drifted past 10pm, more than ten hours later than planned. Torrent will negotiate with the groups as to when it will restart, although that will most likely not be before next week. The idea today had been to restart at 12 noon; at 9pm the board of spokespeople was still in a meeting.

The day was marked first by disagreements, then by agreements. In the eye of the storm were the JxCat deputies facing charges of rebellion for their roles in last year's independence push: Carles Puigdemont, Jordi Sànchez, Josep Rull and Jordi Turull. The four don't consider themselves suspended from their seats, a controversial legal issue since their indictments. The morning started with criticisms being thrown in the corridors, which turned into an agreement after intense meetings, four hours after the debate was scheduled to start.

Shortly after 10am, JxCat's spokesperson, Albert Batet, filed a document informing the Board that the affected deputies were maintaining the prior delegation of their votes and that, as such, they weren't turning to substitutes like their imprisoned colleagues Oriol Junqueras and Raül Romeva have now. But the document was rejected on a technicality raised by the chamber's lawyers which the speaker asked them to correct. Specifically, it had to be signed by the four deputies in questions, tricky, as three of them are in prison and the other is in Belgium. 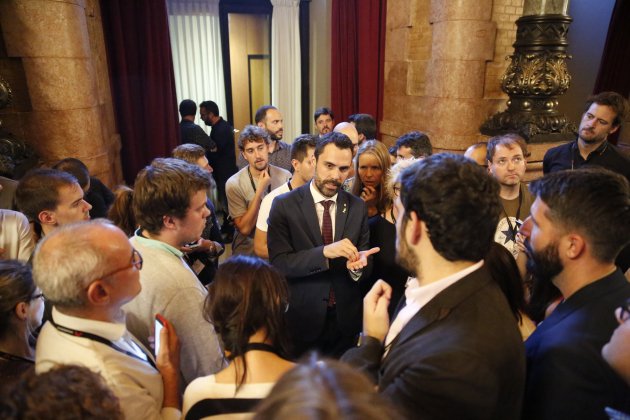 Originally, JxCat was opposed to presenting a new document, but tensions over the decision grew ever more acute. They exacerbated to such an extent that a meeting had to be called at the highest level, involving president Quim Torra, vice-president Pere Aragonès and Torrent. Also to attend were ministers Ernest Maragall and Elsa Artadi and senior representatives of JxCat and ERC. Sources with knowledge of discussions say the disagreement started to dissipate with Aragonès' arrival. Until that point, criticisms were flying from both sides.

In the end, the agreement reached the speaker's office gone 4pm. The pact still respected the separation between the parties: ERC "designated" and JxCat "delegated". It said that the four deputies in question would send the chamber letters confirming the earlier statement from their spokesperson.

The differences in the Board, the body which had to try and settle the matter, were made clear by the speaker, Torrent (ERC), and the first deputy speaker, Josep Costa (JxCat). The two main parties of the pro-independence majority were at each others throats, with the stability of the government in question. After all that, JxCat and ERC wanted to make a show of the agreement with a joint press conference downplaying the situation. 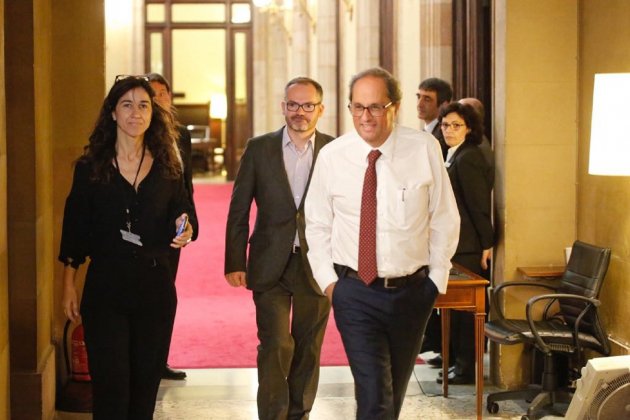 The differences between "designate" and "delegate" are not minor. ERC's deputies have chosen the former, that which judge Pablo Llarena set out in his order, proposing substituting the deputies facing charges to avoid altering the balance of the Parliament. This was the second point of the decision the plenary session approved on Tuesday. JxCat, on the other hand, didn't accept this point. The result is that they don't consider their deputies suspended and they want to continue delegating their votes, based on an agreement from the end of May.

During the Board meeting, however, the Parliament's lawyers expressed doubts because, after Llarena's decree, they believe the situation changed and the delegated votes no longer count. As such, they believe Puigdemont and the three in prison can no longer use that method. They've also warned that such votes might not count.

The day became so surreal that, whilst the Board was debating the appeals for reconsideration from Ciutadans and PSC, the representative of PP suggested that, here's an idea, they could accept the same solution as Junqueras and Romeva, to the surprise of the other members. More than once, the opposition asked "why Junqueras and Romeva are different from the rest".

And, after everything, the third session of the general policy debate, has been adjourned indefinitely. 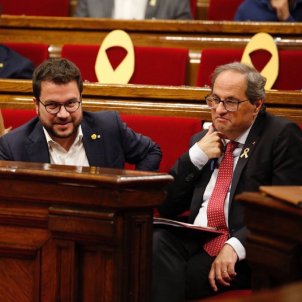 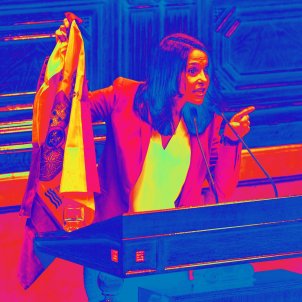