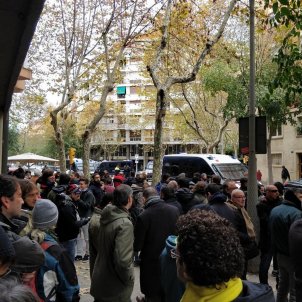 Some 400 party members have responded to the call by CUP (Popular Unity Candidacy) to protect their national headquarters this Saturday. Whilst the party's Political Council was meeting to decide on their manifesto for the 21st December election, a number of far-right organisations had called a demonstration in front of their headquarters on Barcelona's carrer Casp. Although the party had told the Electoral Commission of the event, they had taken no action, so they decided to peacefully protect their representatives.

Around a dozen vans of the Mossos d'Esquadra (Catalan police) went to carrer Casp and set up barriers around the headquarters. Among the people seen at the counter-demonstration were former deputy and and candidate on the party's list for Lleida, Mireia Boya, the former deputy Mireia Vehí, spokesperson Núria Gibert and the former secretary general of Podem (We Can), Albano-Dante Fachín.

Translation: At the doors of CUP's national HQ it's cold but there's warmth to spare. The warmth needed to stand up to the fear and hate of fascism.

Thanks to all those who have come to CUP's headquarters to tell the far right that they shall not pass.

The far-right gathering didn't exceed 40 people. They stayed for roughly an hour, sang the Spanish anthem and shouted slogans like "the solution is soap and water". The large police presence avoided altercations. As they left, the counter-protest sang "Passi-ho bé", an old Catalan song running "Have fun (x3) and thank you very much, have fun (x3), see you next year".

Last Wednesday, CUP sent two letters, one to the Electoral Commission of Barcelona province and another to the interior ministry, with the intention of them denying permission for the gathering called by the far-right groups like Somatemps and Por España me atrevo (I dare to for Spain). Despite the requests, the pro-independence left-wing party said this Friday that both the Electoral Commission and the High Court of Justice of Catalonia had "refrained" from prohibiting the fascist demonstration. 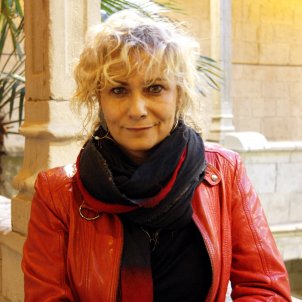 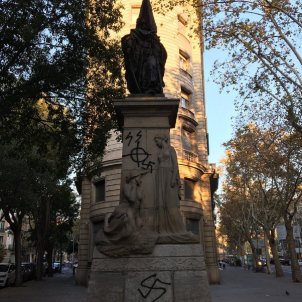