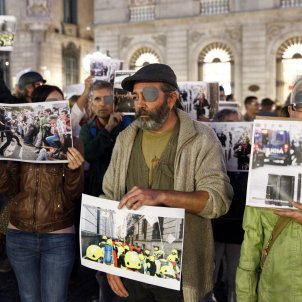 The Council of Europe Commissioner for Human Rights, Dunja Mijatović, in a report published today, has warned about growing restrictions on the right to peaceful assembly in some countries. She warns about the punishment of leaders of and participants in peaceful demonstrations, the blocking of websites and of certain tactics used by police. Among the countries she cites examples from are Russia, Poland and Turkey, as well as Spain and France.

The commissioner warns: "Several member states have adopted laws that could lead to disproportionate restrictions on the right to freedom of peaceful assembly." As an example, she cites Spain's 2015 Law on public safety which "introduces the possibility of imposing administrative sanctions and fines for certain types of behaviour [... including] minor disruptions in an assembly or resisting or disobeying police officers."

Mijatović notes the law also allows for "large fines [...] in case of public disorder occurring in the context of demonstrations carried out in the vicinity of elected bodies, even when they are not in sitting." She recalls a letter she sent last year to the Spanish Parliament in which she "stressed that the law could have a chilling effect on the right to peaceful assembly".

Previously, she had warned that new laws in France and Spain have "toughened the legislation for calling unnotified assemblies". She highlights that the Venice Commission and the OSCE/ODIHR Guidelines on freedom of peaceful assembly both find that "it is not necessary under international human rights law for legislation to require advance notification of an assembly". Further, any notification procedure "should mainly serve the purpose of facilitating assemblies" and "never be turned into a de facto authorisation procedure".

The commissioner also mentions Spain when she says she has "raised questions about the use of force in policing of demonstrations in several countries". That list also includes Azerbaijan, France, Georgia and Russia. She states that "it is the duty of the police to facilitate demonstrations, while ensuring adequate protection of demonstrators and containing possible disorders." To do so, she says, they should follow the principles of "restraint, proportionality, minimisation of damage and preservation of life".

"Unfortunately, many instances of disproportionate use of force against peaceful demonstrators continue to be reported across Europe, including beating of demonstrators and using techniques of crowd containment which can put their safety at risk," she writes. She warns about some of the weapons used by police, particularly rubber bullets, due to the "danger they present" to protesters and the fact they do not "contribute to de-escalating tensions".

In her recommendations, Mijatović says that "impunity for excessive use of force by the police should never be tolerated." She says that any allegations of police misconduct during demonstrations "must be adequately investigated and sanctioned", which requires officers to be clearly identified. She also recommends they be given adequate working conditions to help with "reducing the risk of misconduct" and that they receive specialised training.

In general terms, the commissioner warns: "in some countries, criminal sanctions have been imposed on the organisers or participants of peaceful demonstrations. These sanctions, together with unnecessary or disproportionately harsh penalties imposed for acts committed during assemblies, constitute violations of the right to freedom of assembly."

When it comes to what she describes as "spontaneous, unnotified assemblies", for example "in response to developments requiring immediate reaction", she says they "are a way for citizens to express themselves in a timely manner regarding certain events, and should therefore be regarded as a feature of democratic societies". As such, she argues they need to be protected, not dispersed and banned.

Similarly, she warns that some states have restricted "access to websites or social media posts giving information about a demonstration", which she believes is "likely to infringe on the right to peaceful assembly".

All in all, any restrictions on the right to assembly "should be very limited". Specifically, they should be "prescribed by law, pursue a legitimate aim, such as the prevention of disorder or crime or the protection of the rights and freedoms of others, and be proportionate."

Similarly, any restrictions should not "in principle" respond to the "substance of the message which the participants of a protest wish to convey, even when it consists of criticism of the authorities, contestation of the established order by peaceful means or views that are unpopular, disturbing, offensive or shocking to others".

The right to peaceful assembly, she says, is "closely connected with the right to freedom of expression". Moreover, protecting it is "crucial for the good health of democratic societies". 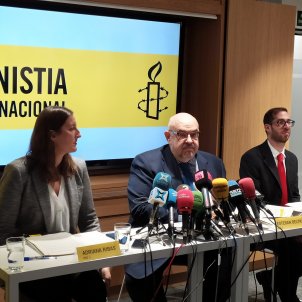 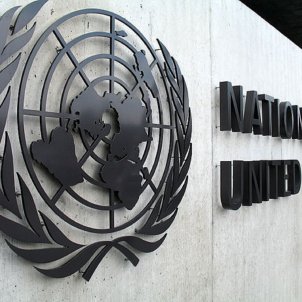 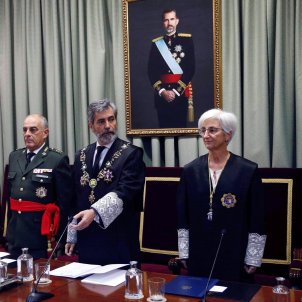