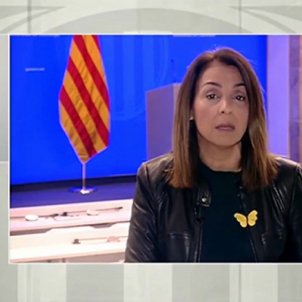 The Catalan government has decided to state its position on where the coronavirus crisis goes from here without waiting to find out the Spanish executive's plans for the next stages in the management of the emergency. This morning, Catalan interior minister Miquel Buch stated that he would ask the Sánchez government to extend the two weeks of complete lockdown which is about to expire. "It is better to extend this suffering than to have new outbreaks of Covid-19," said Buch at the press conference to report on the daily work of the Catalan government's Civil Protection committee.

"All this effort, all this anguish, may be useless and in vain if we are not able to put up with lockdown and avoid the disease from reappearing," said the interior minister, stressing that a second wave of the virus would be the worst news possible.

Buch said that the decision had been taken by the emergency committee that today it would make this request to the Spanish government. He said that the Catalan leadership hoped to receive a positive response.

The Catalan presidency minister, Meritxell Budó, argued that what the Spanish government is projecting at this time is "uncertainty". "We are uncertain about how far the lifting of the lockdown will go, whether it will be gradual, which sectors will be able to return to work," she emphasized.

In the Catalan executive's view, lifting the confinement now would be a return to a "false normality", as experts say that the coronavirus is still not under control. In fact, according to Buch, the extension should apply to the whole of the Spanish state.

For this reason, interior minister Buch warned that if the Pedro Sánchez government does not accept the request, the Catalan administration will not allow itself to be paralysed but will “make decisions”.

He stated that, in any case, the Spanish executive must explain what plans it has for tests, public mobility measures and ways of guaranteeing that the return to work would be safe. Buch said that the Catalan government is already developing its own plan. 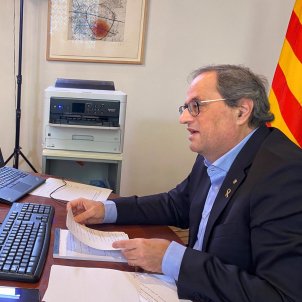 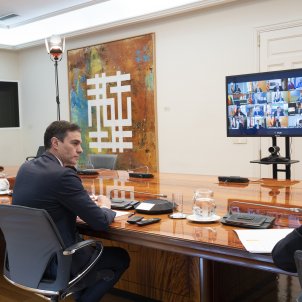