The trial for the Catalonia terror attacks today heard an eyewitness account of the deadly Jihadi van attack on Barcelona's Rambla on 17th August 2017. The stern trial judge, Félix Alonso Guevara, decided to change the order of witness appearances, which is already falling behind schedule, in order to avoid making Carmen Romero, a victim and survivor of the attack, return to court next week to give the emotionally difficult testimony that was set down for today.

Accordingly, the police witnesses due to appear in this morning's session were made to wait and the court heard Romero's raw account of the terrible moment when she was crossing the pedestrian boulevard, full of people, having finished her work for the day - and suddenly the white van driven by the terrorist Younes Abouyaaqoub transformed the scene into a hell.

Romero told the court how she and a friend were standing in the Rambla, waiting at traffic lights, when suddenly the van appeared, "accelerating hard".

"It was coming for us, the pedestrians waiting to cross, and we didn't realize and couldn't react", she recounted. Her friend was struck on the forehead by the van's rear view mirror and both women were sent flying.

"Then people were treading on us, they were running because they were scared and wanted to get out of there." “When I came to, I looked around and saw too many people lying on the ground,” she said through tears.

Carmen Romero told the court that her life has been totally transformed by the fear and panic she experienced at that moment. She continues to take medication. "I haven't returned to the Rambla," she said.

"I'll never get my son back"

Other relatives and victims of the attacks were also due to testify today, and although Romero was the only one who took the stand due to the delays, others also appeared at the court in San Fernando de Henares, near Madrid. Among them, Javier Martínez, the father of a three-year-old boy who died on the Rambla. Martínez awaited his turn, though he probably won’t testify until next week.

"We are all, all of the victims, suffering a lot. The injured and the people who witnessed it are suffering greatly. I'm here because I have the support of many beautiful people who have helped me so that I can be here today. This gives me the strength to go on, because I'll never get my son back”, said Martínez at the doors of the National Audience. 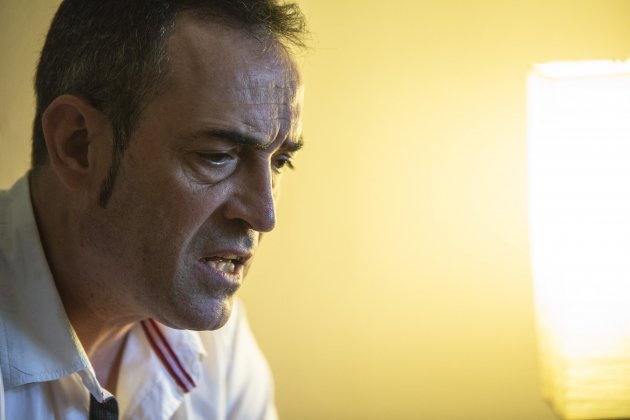 Javier Martínez once again let out a plea for the truth to be told: "I want to share my pain. I don't want you to be in the place where I am, even though this could happen to anyone. I want the truth, that's what I want."

Sixteen people died and over 140 were injured in the attacks on Barcelona and the town of Cambrils on August 17th 2017. On trial are Mohamed Houli, Driss Oukabir and Saïd ben lazza, who are alleged to have played different support roles in the attacks. Eight other presumed members of the Islamist terror cell were either shot dead by police or died in a bomb-making accident.