Catalan VP Junqueras, from prison: "I hope to be able to come to the inauguration" 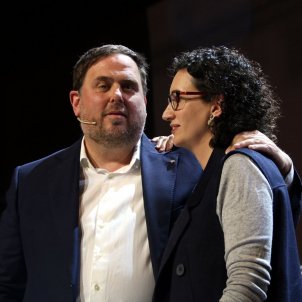 A month and a half after he entered prison, Catalan vice-president and leader of ERC, Oriol Junqueras, has spoken with radio program El Món a RAC1 from Estremera prison and said that he "hopes to be able to come to the investiture".

Junqueras says he's gone through all the steps necessary to be able to vote from prison and, as such, hopes to be able to exercise his right. Similarly, he says that if the Catalan people elect him as their 131st president he hopes he "wouldn't have any problem in attending the investiture".

The conversation was short, four minutes 50 seconds long, and pre-recorded because live feeds from prison are difficult, but the vice-president had time to give a message of unity calling for a "consensus government".

He also took advantage of the opportunity to allude to Junts per Catalunya and president Carles Puigdemont and the ministers in Brussels: "I'm here because I never hide from what I do and because I'm consistent with my actions, decisions, thoughts, feelings and wishes".

The vice-president called for calm, explaining that his time in Estremera prison is helping him strengthen his soul and is making him stronger. On the other hand, he preferred to "save" the audience from details of prison life "because you can already imagine it".

Finally, he recalled the expression "Junquerism is love" and closed with the words: "I love you a lot. All of you should love each other. I'm convinced that we will come through this".

Editorial The disembarkation of the article 155 side José Antich 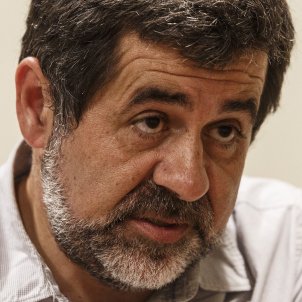