Catalonia and "upholding human rights" in the House of Commons 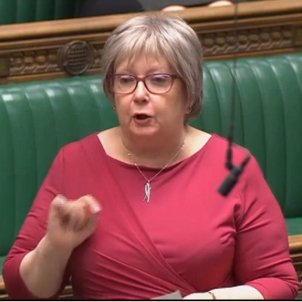 The UK House of Commons yesterday, in Foreign Office questions, saw a back-and-forth on the issue of Catalonia.

MP Marion Fellows (SNP) asked the minister for Europe and the Americas, Sir Alan Duncan (Conservatives), if "he will take steps to promote human rights and self-determination for Catalonia in Spain". Duncan responded with the standard line that "the situation in Catalonia is a matter for Spain".

The Scottish MP, however, did not accept that answer, taking to her feet again to suggest a link between Catalonia and Brexit: "It is everyone’s responsibility, including this Government’s, to uphold human rights. Far from becoming the major global player that Brexiteers imagine, the UK appears more and more irrelevant on the world stage. Is it the case that the UK Government are not seeking to uphold self-determination for Catalonia because they need Spain’s help in further Brexit negotiations?".

The minister's response was along the same lines as his first one: "We uphold the rule of law here with Scotland and we uphold it in Spain with regards to Catalonia". He also said that "certain accusations that Spain somehow has political prisoners are absurd".

Discussing the debate later, CommonSpace reports that Fellows said: "The UK Government is so desperate, it is allowing democracy in Catalonia to be trampled and even denying the existence of political prisoners to gain Spain’s support in Brexit negotiations". 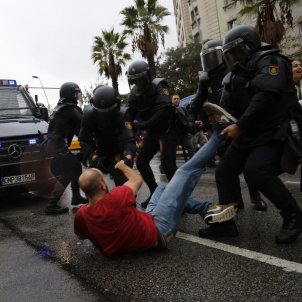