Catalan ministers' defence to take their case to Europe 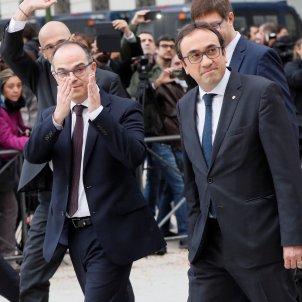 Jordi Pina, the lawyer for Catalan ministers Josep Rull and Jordi Turull, has asked for Spain's National Audience court to file the case for rebellion and sedition against his clients, believing there to be no evidence against them. He also asked for the case to be investigated by a court in Barcelona instead of Madrid or, in any case, that the European justice system should decide whether the National Audience has jurisdiction.

The lawyer repeats the argument that the National Audience isn't the competent body to judge the crimes of rebellion and sedition, according to the Organic Law of Judicial Power, nor according to the Penal Codes of 1973 or 1995, rather that they should be tried by a court in Barcelona.

He notes that, in 2008, the plenary assembly of the Penal Chamber of the National Audience declared itself unqualified to judge the 1936 rebellion. As such, Pina believes that if they now change criteria, the appeal will rise to international courts which protect human rights. If the court doesn't transfer the case to the courts in Barcelona, the lawyer demands that they present a preliminary issue to the Court of Justice of the European Union on the question.

On the other hand, the lawyer believes that his clients haven't committed the crimes of rebellion, sedition or misuse of public funds. On the topic of sedition, he says that passing laws and resolutions does not involve any public, violent uprising, nor do the peaceful protests. He says that the calling of an illegal referendum hasn't been a crime since 2005 and that the isolated incidents in hotels where police were staying were not violent, nor can they be attributed to the two ministers in the framework of a "common plan orchestrated to achieve the independence of Catalonia".

Rull and Turull's lawyer also reminds the judge that the Supreme Court judge Pablo Llarena rejected the request to impose a preventive civil guaranty of 6.2 million euros (£5.5 million, $7.2 million) on the pro-independence members of the Board of the Catalan Parliament, as the prosecutor had requested, and so he believes that the National Audience also should revoke their decision. Appending the Supreme Court's ruling, the lawyer adds that the 6.2 million figure was calculated with "generic" arguments and wasn't based on the specific circumstances of the legal case.

Finally, he again notes that although the 6.2 million euros were budgeted, they were voided by the Constitutional Court and it doesn't mean they ended up being used. He also says that neither Rull nor Turull had the ability to manage that budget item and that the Spanish Treasury minister himself, Cristóbal Montoro, said that the intervention in the finances of the Catalan government prevented them from using a single euro for the 1st October referendum. He affixes the certificate from the government's General Supervision agency saying that the budget item was not used. 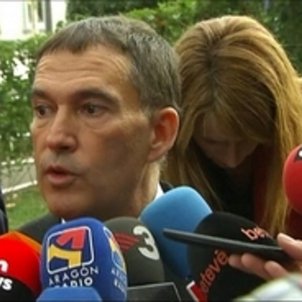 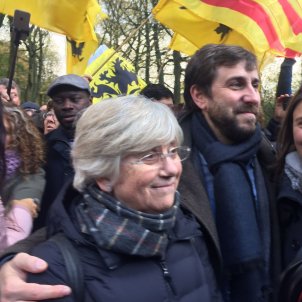