Catalan government to take Spain to court over 1.3 billion in withheld taxes 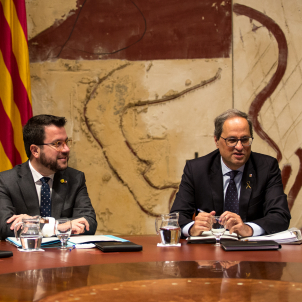 The Catalan government has decided to take the Spanish state to court over unpaid tax revenue. The cabinet agreed to take the step at the request of vice-president and economy minister Pere Aragonès in a meeting this Tuesday. Specifically, they are claiming they are owed 1.317 billion euros (£1.2 billion; $1.5 billion) in outstanding payments.

In the press conference after the meeting, minister and spokesperson Meritxell Budó argued the money belongs to the Catalan administration and that Spain "has to meet its obligations to the autonomous communities". She said that they had been in contact with some of those other autonomous communities also affected by Madrid's failure to pay. Both Castile and Leon and Galicia will take the case to the courts too, albeit separately, she claimed.

Budó criticised Pedro Sánchez's government for its argument that it can't pay whilst it's still an acting government. She said it's an "ordinary administrative action" and "legally binding", even if Sánchez hasn't successfully been invested as prime minister yet. She accused the executive in Madrid of "projecting its internal problems on the rest of the administrations".

All tax revenue in Spain is collected centrally in Madrid, then distributed to the autonomous communities as applicable. 874 million of the 1.3 billion Catalonia is claiming is due to the difference between the predicted and actual tax revenue this year; 443 million is from a rule change regarding VAT introduced in 2017 which caused the autonomous communities to lose the equivalent of a month's income. 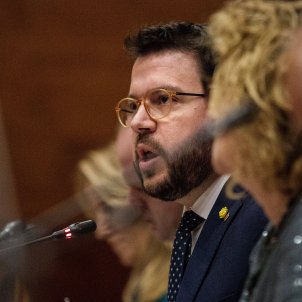