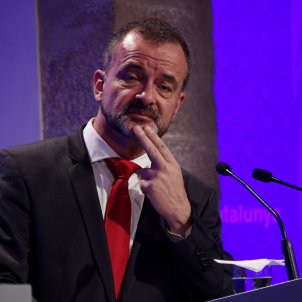 The Catalan government is starting on a new phase of international expansion, opening three delegations in Tunis, Buenos Aires and Mexico City. Despite the reservations expressed repeatedly from the Spanish foreign ministry, still headed by acting minister Josep Borrell, the Catalan executive has approved the decrees to create the new delegations in a meeting today in which is also presented its strategic plan for foreign action and relations with the EU until 2020.

According to foreign minister Alfred Bosch, his department has sent the required message to its Spanish counterpart informing it of its plans, but it's received no response. Given that the response isn't necessary, now the deadline has passed they've gone ahead as planned. "It's what we've got to do," Bosch said.

The delegation in Tunisia will work throughout north Africa, whilst the one in Argentina will also cover Paraguay, Uruguay and Chile. Finally, the remit of the one in Mexico will include the countries of Central America and the islands of the Caribbean.

These delegations come as part of the foreign ministry's new strategic plan which aims to "make Catalonia a known and recognised actor in the world, with greater economic, social and cultural presence and influence, and consolidate it as a point of reference for democracy, peace and solidarity".

Now, the search starts for the new delegates who will be responsible for setting up their respective offices. The plan, according to Bosch, is for all three to be open within a year. "We have the obligation to spread Catalonia's presence to the five continents," the minister said.