A week's leeway. That's what the instructing judge of Spain's Supreme Court has conceded to the defence councils of the pro-independence members of the Board of the Catalan Parliament to prepare their statements. They will have until 9th November, an iconic date both in Catalonia and Madrid. This year, it will be the third anniversary of the unofficial 2014 independence referendum which led to the banning from public office of then-president Artur Mas and former ministers Joana Ortega, Irene Rigau and Francesc Homs. In Madrid, meanwhile, it's the festival of the city's patron saint, the Virgin of Almudena.

Despite being a public holiday in the Spanish capital, the Supreme Court has granted these seven days as a precaution. The brief 48 hours between the summons issued on Tuesday and the hearing planned for today was alleged by the ministers' lawyers to damage their rights to defence, so the court had to make this concession. As such, from 9:30am next Thursday, 9th November, the six accused will appear in court and have judge Pablo Llarena decide their immediate future. 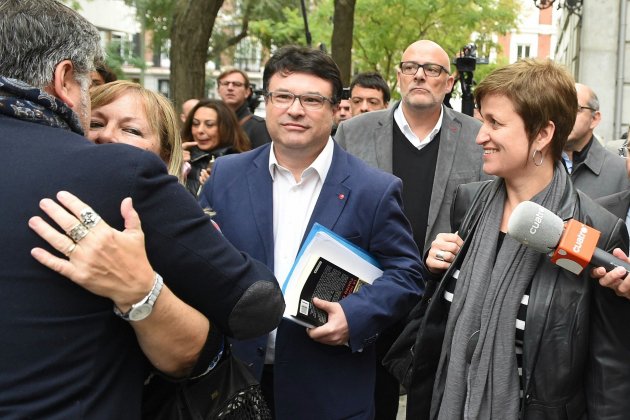 At the request of the public prosecutor, the judge did decide to impose police monitoring on the accused to be able to locate them at any time. This doesn't involve permanent following by police agents, rather that they have to be always locatable by mobile phone and/or at home. Carme Forcadell left the Supreme Court's building as she arrived, in her official car and making no statement to the media. She still holds her role as speaker of the Catalan Parliament, the second-highest authority in the region. The other five deputies facing charges, Lluís Corominas, Ramona Barrufet and Lluís Guinó, of PDeCAT (Catalan European Democratic Party), Anna Simó of ERC (Catalan Republican Left) and Joan Josep Nuet of CSQP (Catalonia Yes We Can) left by taxi. None of them gave any comment either. 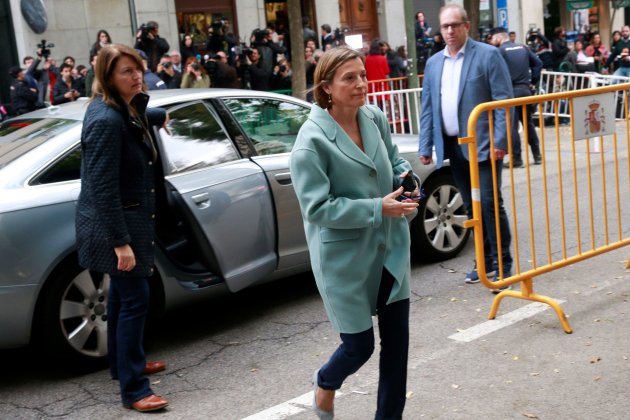 Outside the court they had support from deputies and senators from ERC, PDeCat, CUP (Popular Unity Candidacy) Podemos (We Can) shouting "freedom". The side street to access the court was controlled by Spanish National Police from early this morning. Few locals from Madrid turned up. The occasional timid "viva España" (Long live Spain) was heard as they entered and "a la cárcel" (To prison) as they left, drowned out by independence supporters shouting "you're not alone". The atmosphere was tense but without incidents. ERC deputy Gabriel Rufián was wearing a t-shirt bearing the faces of Jordi Sànchez and Jordi Cuixart and said that "[President] Puigdemont had to say goodbye to his children due to the threat from a reprobate public prosecutor and a judge decorated by the Civil Guard". 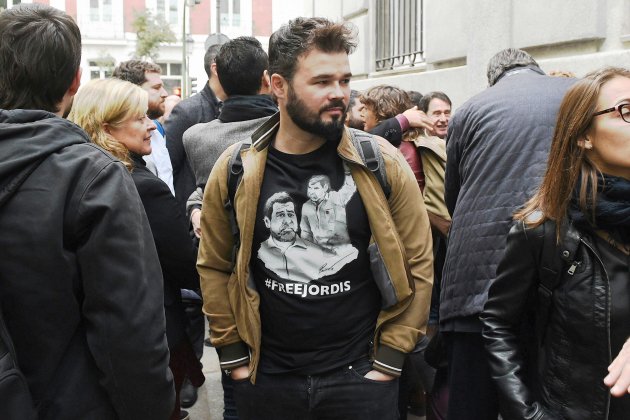 Xavier Doménech of En Comú Podem (Together We Can) went further, proposing that "the democratic parties standing for the 21st December elections should have amnesty in their manifestos". His party is not in favour of independence, like one of the accused. Joan Josep Nuet of CSQP, despite having voted 'no' to independence is accused by the public prosecutor for having taken part in accepting the vote for consideration. 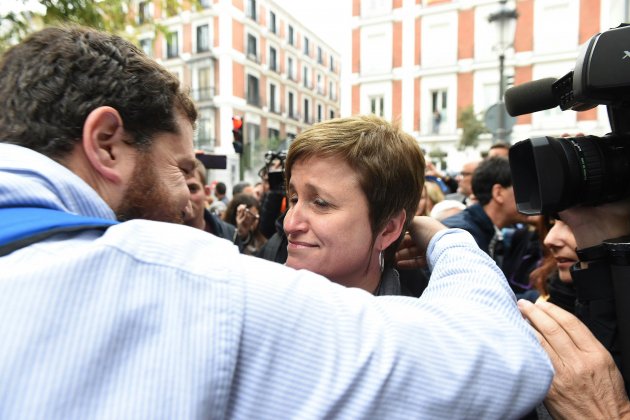 The most emotional of the defendants was Anna Simó of ERC, who thanked all the support. All of them have prior experience of testifying as suspects: Corominas, Nuet, Simó, Barrufet and Forcadell have been threatened by the public prosecutor for months in lawsuits which, until this week, were under consideration by the Supreme Court of Justice of Catalonia and which are now expected to join with the case in the central Supreme Court. 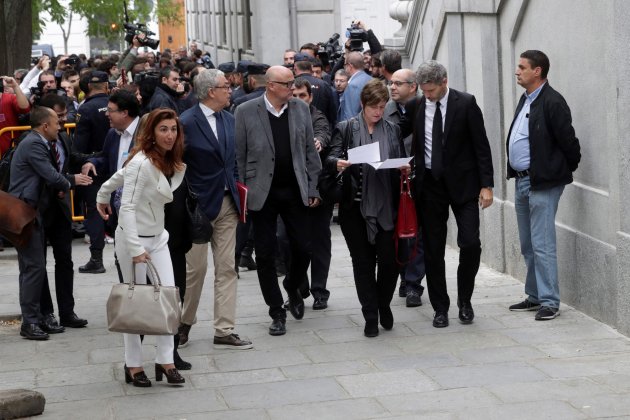 The lawyer for the PDeCAT members of the Board, Xavier Melero, surprised those present, saying that president Carles Puigdemont's strategy of remaining in Brussels "harms the rest of his fellow accused".

An irrefutable legal argument: if one of the co-accused doesn't appear in person at the courts, the judge can decide the others present a flight risk, and thus decide on severe cautionary measures, like prison without bail.