The Catalan government's budget for next year provides for an increase of 5.6 billion euros in public spending, a 17.3% rise on the 2020 accounts, to reach a total that the economy ministry classifies as "a record value": 38.1 billion euros. The cabinet approved the accounts this morning and the economy minister Jaume Giró then took them to Parliament to begin their parliamentary passage. At 12 noon he delivered them to the speaker, Laura Borràs; he then presented them to the parliamentary groups and, finally, to civil society and economic representatives, whom he had summoned to the chamber's auditorium. 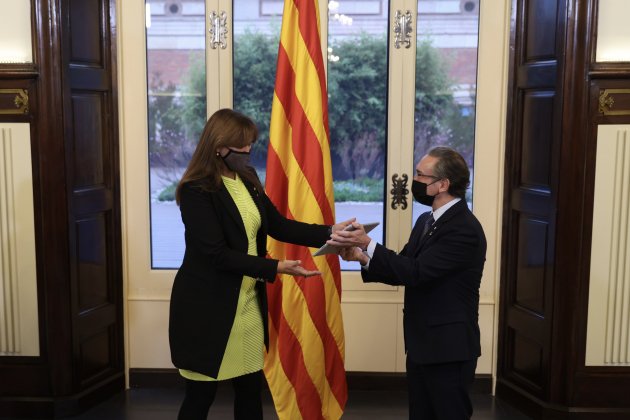 With the budget plan resolved at cabinet level, the great unknown is whether the draft bill will achieve, at least, the abstention of the CUP, which is essential to be passed by Parliament. So far, MPs from the government's left-wing, pro-independence ally have been skeptical and have called their grass roots members to debate the party position on 12th, 13th and 14th November through open assemblies. Parliamentary groups have 10 days to table a "full amendment" (that is, a rejection) of the budget which, if it achieved a majority vote in Parliament, would prevent the budget bill from being debated. In his presentation of the accounts, economy minister Jaume Giró said he was convinced that the budget would be passed, but avoided speculating on the possibility of seeking alternative support to the CUP if the group refuses to facilitate the bill's passage.

The government of the Generalitat says that this is the biggest budget in Catalan history, with the largest annualized increase in absolute values and the highest percentage increase since 2007. Almost three-quarters of the sum, 74.6%, will be dedicated to social spending: education, health, social rights and housing, employment promotion and public transport.

Health, with 11.1 billion euros, is the department that grows most in relation to the 2020 budget, increasing by 1.5 billion - accounting for 29% of this year's total budget increase. It is followed by education with 6.7 billion euros in total and a 20.1% increase. Third, is the social rights area, with 4.0 billion in total, an increase of 905 million, 18% of the total increase. 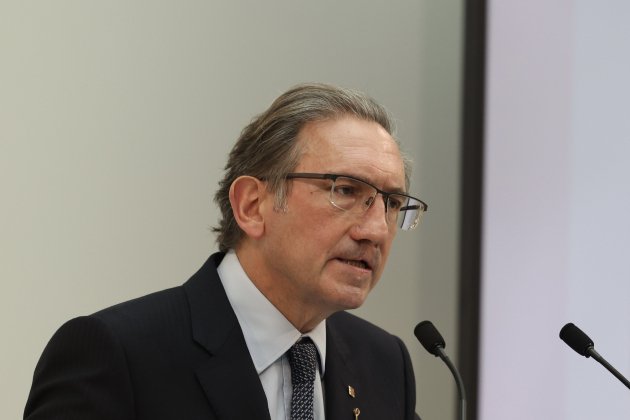 The minister presents the budget to civil society / Sergi Alcàzar

The expenditure growth is achieved through the EU's Next Generation Fund, which will account for 2.1 billion euros of the total spending. On the one hand, there will be 1.5 billion from the Recovery and Resilience Mechanism, and on the other, 614 million from the REACT Fund. These funds are mainly allocated to health (319 million), social rights (633 million) and education (405 million).

In addition, the government is calling on the Spanish state to maintain the Covid funds that it has allocated to the autonomous communities over the last two years to deal with the pandemic. However, pending the response of the state, these resources are not contemplated in the project. In 2020 these funds represented 3.3 billion euros and in 2021, 3.2 billion.

For now, the economy ministry has planned an extraordinary fund of 500 million euros to cover the new expenses foreseen in health. Extraordinary staffing programmes have also been incorporated, among others, for teaching staff in schools (125 million) and non-medical public health staff (57 million), for a total of 205 million euros.

In terms of public employment, the project includes an increase of 28,882 places compared to the 2020 budget, most of which are located in the health area (17,663) which grows by 61% to deal with both the pandemic and the recovery of lost activity as a result of Covid; education, with teaching, administrative and service staff (5,498); as well as the increase in endowments to the ministry of interior, which will go to the Mossos police, the fire department and rural agents, with a total of 1,122 new positions.

The budgets dedicate 3.9 billion euros to investment, which doubles the 2020 budget with the aim of compensating for one of the areas hardest hit by the Covid crisis.

The government's project does not include some of the demands that the CUP has stressed in recent days, such as dedicating 25% of the health budget to primary care, an area which in 2020 accounted for 12% and which in this year's draft increases to 17%; nor does it include the public management of the 061 emergency line service, although the government assures that this will be incorporated if agreement is reached; nor does it reach the figure of 1 billion euros for housing called for by the CUP, although the area has grown by 410 million to reach 749 million. On the other hand, the budget does envisage the creation of a public energy company, which was announced on Monday by the president, Pere Aragonès, with 500,000 euros dedicated for the initial work on this in the first half of 2022.

In the main image, the Catalan minister of economy, Jaume Giró / Sergi Alcàzar