Barcelona to publish the 4,653 tributes to the terrorist attack victims

From the first moment news broke of the attack on 17th August last year in Barcelona, the city started to receive messages of solidarity from around the world. Day after day, the Rambla filled with with candles, flowers, soft toys and notes from family members and friends of the victims as symbols of mourning. All these objects were moved for storage to a warehouse in Zona Franca in the south of the city whilst a team from the MUHBA (Museum of the History of Barcelona) and the Arxiu Municipal (Municipal Archives) cleaned and catalogued them. This process of recording and preserving the 4,653 messages, documents and notes has now been completed. According to the archives' director, Montserrat Beltran, the objective is to now digitise all the documents and, towards the first anniversary of the attacks, publish them via a web page. Meanwhile, the city council is studying the possibilities for a physical memorial to be installed on the Rambla.

The process of cleaning the documents took a team of six people a month and a half, leaving them all, whatever they were written on or with, in perfect condition. Beltran says that the messages range "from someone leaving the book they were reading to a note on the reverse of a shopping centre receipt". She says that once they are all scanned and put online, "a choice will have to be made" as to whether "they are all kept or not". Beltran did suggest, however, that they will try to "maintain the diversity" of the messages, messages which express "solidarity, disgust, impotence" and all manner of other emotions. 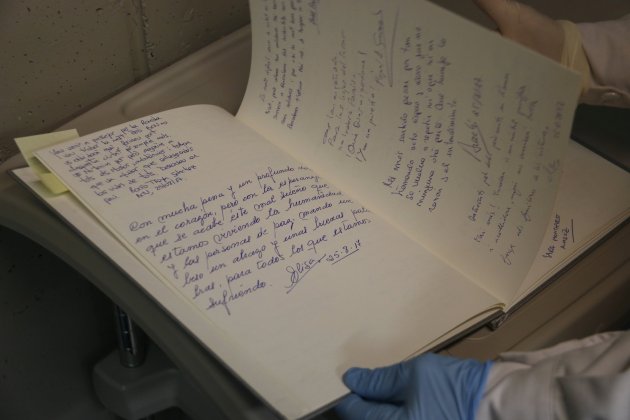 As part of their criteria for maintaining this diversity, they will also take into account the ages of the authors, there being "many notes from adults, but also many documents from children". As such, they want to represent the wide range of ages of people who wanted to remember the victims. One of the tasks to be done alongside the digitalisation is the translation of all the messages, given that as well as notes in Catalan, Spanish and English, there are messages in German, Dutch and even Arabic and Chinese. As such, they've sent out a request for translators so they can "at least put a title" to each note. 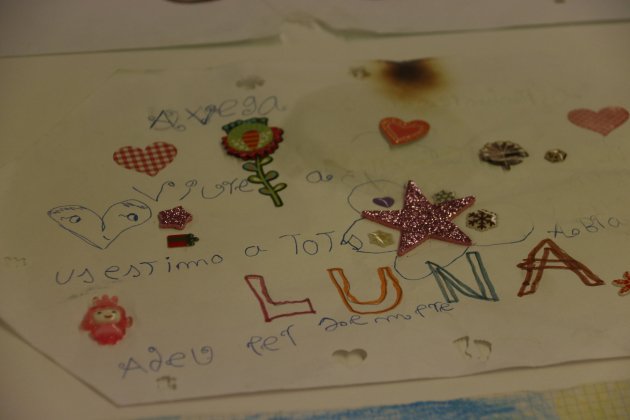 Alongside the 4,653 written documents are the 13,000 objects which people also left in memory of the victims after the dramatic events of that 17th August. Currently, the Museum of the History of Barcelona has catalogued some 5,000 of them, leaving 8,000 to go. They range from bouquets of flowers to teddy bears. Barcelona's initiative is similar to the one set up by Paris following the November 2015 attacks when they opened a website where you can see some of the letters which people left (interface in French, messages in many languages - you can select from the "Langue" drop-down on the right under "Filtres"). The digital memorial will be in addition to the physical memorial currently under consideration by a commission including representatives of various city departments and external experts with advice from the Public Arts Council.

As well as the message the people left on the Rambla itself, the city hall also offered books of condolence members of the public could write in. In fact, there was a digital version, and paper ones for all those who could get to the city. 102 books were filled. Beyond these were books from other towns around Catalonia, the rest of Spain and even via different embassies from cities around Europe. In total 154 volumes of messages from around the world in homage to the victims in Barcelona.