Barcelona city council has this Monday removed posters that Catalan protest platform Tsunami Democràtic had put up in streets billboards around the city. They were advertising the demonstration this Wednesday at 4pm at Camp Nou ahead of the Barça-Madrid match.

The company which manages the billboards, Clear Channel, has confirmed to El Nacional that they were not involved in posting the adverts. They say, however, that they won't go through with any legal action, as they do not own the hoardings. They will simply reinforce them and "improve the closing [mechanisms]" to avoid it happening again in future.

Tsunami Democràtic posters appeared in a total of six street billboards this morning according to the city council. They were put in overnight before being removed shortly after midday.

Council sources say it's not the first time a group has done this for different claims. In each case, they take the same action: they remove the adverts. They won't take it further, since if the person putting it up isn't found in the act, it's "considered to be of anonymous origin". 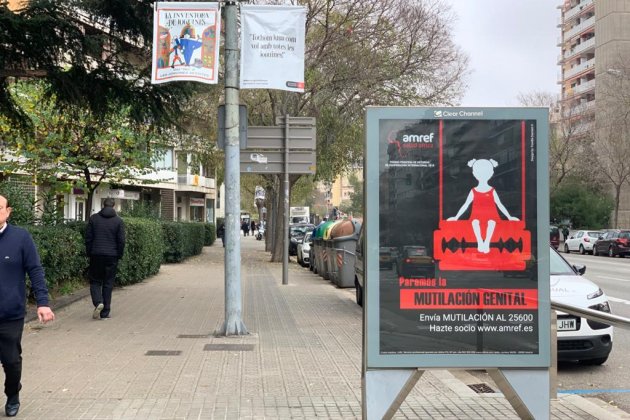 Catalonia protests Barça negotiated with Tsunami Democràtic through an intermediary