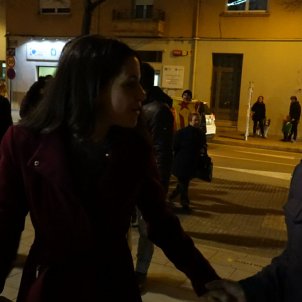 The leader of the Ciutadans (Citizens) candidacy for the upcoming Catalan elections, Inés Arrimadas, has been met in Granollers, a town just north of Barcelona, with pro-independence shouts, like "Long live the Republic". She was in the town to take part in a campaign event this afternoon also attended by the party's president, Albert Rivera.

Arrimadas has chosen Granollers for her first event in the race for the presidency of Catalonia. In the last Catalan election, in 2015, the capital of the Vallès Oriental county was one of the places which drove Ciutadans to second place nationwide. It won 19.57% of the vote there, two points above its average for the whole of Catalonia. Granollers, along with other large towns in the Barcelona conurbation, is one of the great objectives for Arrimadas' party.

Call to vote and win

During the event, both Arrimadas and Rivera again argued that their party is pro-European and the only guarantor of the change Catalonia needs to overcome the social fracture which they say the independence process has caused and to recover investments and strengthen an economy weakened by companies leaving the region.

Arrimadas expressed her confidence that "for the first time, we will beat them [the pro-independence parties] at the ballot boxes", whilst Rivera borrowed a slogan from the independence movement, saying that the 21st December will be "the vote of your life". Dozens of people were stuck outside the event at Granollers' Teatre-Auditori for lack of space. Inside, Arrimadas and Rivera called for a mobilisation of those who have felt "abandoned" by the governments who have supported Catalan nationalism and Spanish bipartisanism. 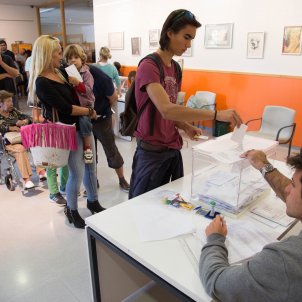