After the election: the timeline for the new government 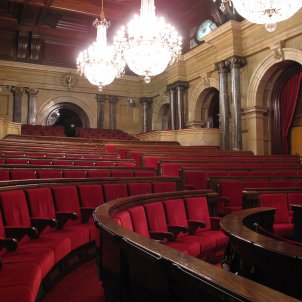 Today's election has been held in exceptional circumstances, given that, for the first time in history, they've been called by the Spanish government. This followed the application of article 155 of the Spanish Constitution, something which alters the usual procedure and timetable. Here's a summary of what comes now.

Who convenes the inauguration of the Parliament?

In normal circumstances, the president of Catalonia convenes the inauguration of the new Parliament. In this case, however, Carles Puigdemont's government has been dismissed, so the responsibility falls to the central executive.

The first session has to take place within 20 working days of the election. As such, the deadline is 23rd January.

When will the new president be invested?

Once the Parliament is constituted and the speaker and other members of its Board are chosen, another deadline starts. This time there are 10 working days to hold the debate on investing the new president, hence by the latest 6th February.

The power to open consultations with the new parliamentary leaders in the days leading up to the investiture will correspond to the President's speaker, to see who might have the support of the majority of the Catalan chamber.

On this occasion, surveys suggest that a pact between three parties at least will be needed. The negotiations will also be strange, with the legal situations of the different pro-independence candidates.

How does the investiture work?

According to the Parliament's rules, the investiture debate starts with a speech by the candidate proposed by the speaker. That's followed by a debate by the leaders of each parliamentary group. The first vote takes place at the end of this debate: the candidate has to get an absolute majority of votes, so 68 out of 135.

If they don't have enough support, they can hold a second debate two days later which ends in another vote. In that case only a simple majority is needed, more votes in favour than against.

As this is a strange election, there is a possibility it will prove difficult to invest anyone as president. This has been seen before, after the last Catalan election in 2015 when CUP vetoing Artur Mas was close to leading to a rerun of the election.

Article 67.3 of Catalonia's Statute of Autonomy says that if two months pass from the first vote on a presidential candidate pass without anyone being successful, the Parliament is "automatically" dissolved.

If that happens, the Catalan president in functions has to call elections "immediately" to be held within 54 days.

In that case, the Parliament would be dissolved at the start of April and a new election held at the end of May or the start of June.