There's been a significant upturn in sign-ups for this year's pro-independence rally on Catalonia's national day, 11th September. According to figures provided by organisers ANC this Tuesday, 180,000 have registered so far to attend the main demonstration. The assembly has also booked than 700 coaches and sold 205,000 t-shirts. This means that, following a slow start, they're in a similar position to the same time last year.

In this last week, following a push, sign-ups have tripled: last Monday they were at 60,000, now they are at 180,000. As can be seen in the map below, this means the majority of the sections of the rally have a medium or high level of registrations. One week out, however, there do remain some areas with the dark green of low density. 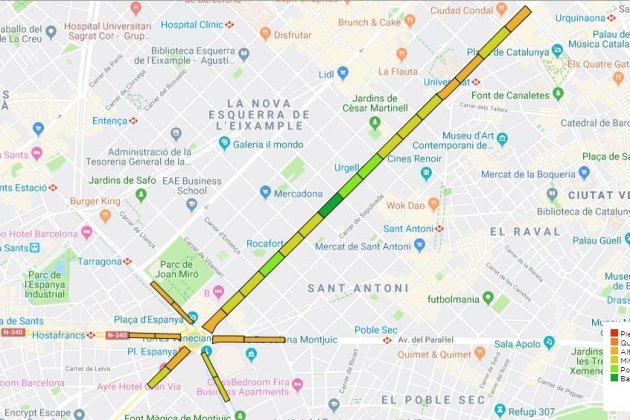 This means the ANC is now confident it can repeat the successes it has seen in previous years, managing for the eighth year in a row to get a million people to turn out.

This year's Diada (Catalan national day) rally aims to call for unity from the pro-independence parties. That's symbolised by the plan to fill the different large streets converging on Barcelona's plaça Espanya.

Editorial The unionist mantra: the air's gone out of the 'Diada' José Antich