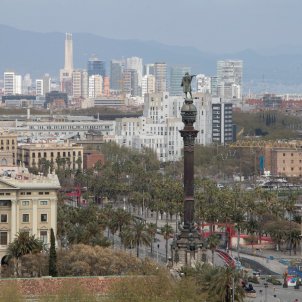 Little by little, lockdown is being opened up in the Spanish state. Eagerness to get outside combines with nervousness about the risks ahead. And precisely because of that urge to enjoy open spaces in safety - walking, exercising, and playing with children, while maintaining the necessary distancing - the city of Barcelona has announced a plan to adapt its public space to ensure that the public can get about comfortably. From this Friday, May 1st, half of the city's parks will be opened - about seventy in total - the sidewalks of some key streets which are particularly narrow will be widened, and other roads will be cut off to traffic altogether. However, note that beaches and children's play areas in the city will remain closed.

The document below, ordered by the districts shown in the left hand column, has the full list of streets and parks included:

Every day, from 9am to 9pm, vehicles will be banned from driving on the 44 streets listed above in the red strip, a total length of 18.5km. The aim is to make available what the Ada Colau government has dubbed "safe routes" for Barcelona residents, that is, pedestrian ways which are at least 4 metres wide in order to maintain a safe distance between people. In choosing the streets, the city council has prioritized neighborhoods with the least amount of safe spaces for walking, that is, those that do not have direct access to large open spaces and have a high population density.

At the same time, 70 of the 146 parks in Barcelona (the blue strip above) will be opened. The idea is that they are to be used as areas to walk through, not to sit down and occupy space in, and for that reason children's playground areas will not yet be accessible. The plan is for the Ciutadella park to open up as well, but it won't be ready this weekend: for that particular major Barcelona park, people will have to wait until Monday. City park staff have been working intensively in recent days to prepare the spaces, many of which have become overgrown in recent weeks. Two parks will be opened in Ciutat Vella, 28 in the Eixample, 9 in Sants-Montjuïc, 4 in Les Corts, 7 in Sarrià, 7 in Gràcia, 3 in Horta, 1 in Nou Barris, 3 in Sant Andreu and 6 in Sant Martí.

As well as streets which will be pedestrianized completely, extra space for those on foot will be reclaimed from traffic lanes on certain streets: the carrers Consell de Cent, Rocafort and Girona will be closed to through traffic, the lateral lanes on Gran Via (between Plaça Espanya and Tetuan) and Diagonal (between Francesc Macià and Marina) will be turned over to pedestrians and the sidewalks of Via Laietana will be widened to an incredible 4.15 metres!

In total, about 104,000 square metres of new space will, for the moment at least, be liberated from motorized transport. Check out the map below: orange-coloured streets and squares are deemed safe because they are pedestrianized or have sidewalks wider than 4 metres; crimson streets are those specially closed to traffic: teal blue areas are parks or public spaces that will open; and for streets in lime green, traffic will be pacified or extra pedestrian space will be created. 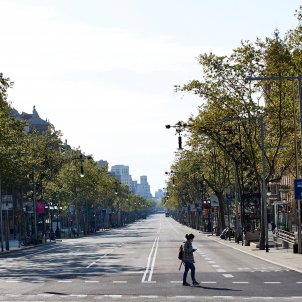 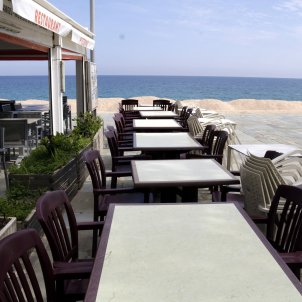 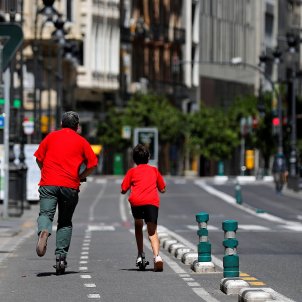 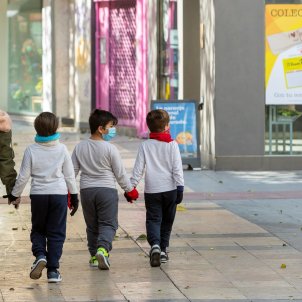 Coronavirus One hour outside, up to 1km from home: the "going out" rules for Spanish kids Nicolas Tomás