The statements by Catalan president Quim Torra ruling out the calling of new elections in Catalonia as a response to Supreme Court's verdict for political prisoners -judging September and October 2017 events- sounds exclusively like the expression of his wishes. A hint may be seen in the combination of Torra's statement together with Jordi Sanchez’s, from Lledoners prison, noting that if the verdict is condemnatory, the pro-independence movement should be able to stop the country and go out to protest indefinitely, still a daring assumption.

Among other things because, although it is true that the power to call elections is exclusive to the President, for the moment it is difficult to see a parliamentary majority that carries out legislative projects with parties heating engines to go to the polls later this year or early 2020. For instance, the speed with which Joan Tardà reminded Torra that a decision like that had to have ERC’s agreement as the ruling government coalition partner with Junts Per Catalunya, effectively sounds like a reproach from the Republican leader.

There is, however, no indication that the rest of Catalan parties bet on lengthening the legislature. For Torra to be able to carry out his purpose, one of the following two conditions would at least be necessary, if not both: the first, pro-independence parties' complete agreement, better still with the left party En Comú (Catalan Podemos), to identify a strategy to implement after the Supreme’s veredict -an agreement which still looks unlikely. Meanwhile, in Exile, the board of Geneva’s parties and entities (with republican left ERC’s secretary general Marta Rovira and radical left CUP’s Anna Gabriel also working from their own exile) and the Council of the Republic (Catalan government in exile presided by Carles Puigdemont and directed by Toni Comín) have also been somewhat discretely working on a common strategy for weeks, with Carles Puigdemont and Marta Rovira apparently in tune. But neither organisation represents all the pro-independence actors.

Secondly, how is a legislative agenda sustained with the current parliamentary precariousness? We will see if the assembly of the CUP this Sunday opens some way, but it looks like a remote possibility. Without involving the CUP -and while En Comú are speculating and do not make commitments- thinking about a blow-effect like pushing forward Catalonia’s general budget sounds impossible. Unless the paralysis of Spanish politics allows for an absolute miracle. Today, an authentic illusion. 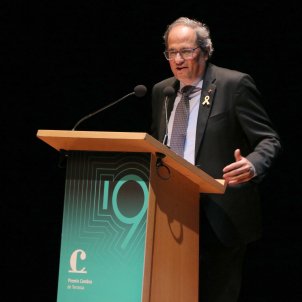 Independence Trial Torra: "I have no intention of calling elections when the trial verdict arrives" El Nacional 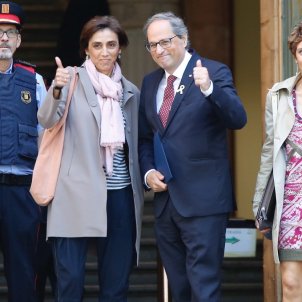