SCC and the “pro-independence skiers”

Catalan Civil Society (SCC), the unionist group created to fight Catalan independence, has just announced that from next Friday they will be blocking off the entrance to the Vallvidrera tunnels in Barcelona until the end of the mass gatherings, which have been going on for 138 nights running, on Barcelona’s Meridiana Avenue in protest against Catalan independence trial verdict. The action proposed by SCC has all the ingredients to confirm once again that unionists are incapable of building positive narratives and they always act in opposition. They did so in the past, when the most active matrix was Ciudadanos (Cs), and it continues to do so now that Cs is inevitably moving towards evident ostracism and Miquel Iceta’s Catalan Socialist Party (PSC) is taking over. Furthermore, the explanation for how long they will maintain their action is utter nonsense: "Pro-independence supporters will not be able to go skiing peacefully at weekends until workers can get back home peacefully after long work hours”.

Certainly, SCC leaders appear to be mentally confused, since identifying the people who may be affected by the blocking of the Vallvidrera tunnels as pro-independence, and those who travel on Meridiana Avenue, not those who live there, which would be very daring, as unionists, is something that nobody had attempted to do yet. It sounds as if being for or against Catalan independence had to do with the route you take and your purchasing power, with your second home in the Pyrenees, as I understand it, and also with your love of skiing. Regarding the latter, SCC are a bit late because in a few weeks the winter season will come to an end, even sooner if the high temperatures of recent days continue, although a truce is expected in this regard with a slight return to colder weather.

I have got used to taking the Vallvidrera tunnels or Diagonal Avenue -also Meridiana Avenue- indistinctly, after decades of doing so to go to La Seu d'Urgell, together with many other drivers who spend the weekend in Andorra or, in the case of the tunnels, in La Cerdanya. And I declare myself unable to know, during the trip, who has taken one or another route, who is richer, who is pro-independence or who is unionist. And I would venture to say that the purchasing power of those who have a second home in La Cerdanya is much more balanced than SCC might think, or rather leaning towards the unionist side.

But perhaps this “pro-independence skiers” thing is just a way of drawing attention and getting prime minister Pedro Sánchez to receive them, which they have already asked. Because they seem to have a lot to tell him about politics, like not to confuse dialogue with preferential treatment and, above all, not to favour pro-independence parties. It was last Monday’s image of the Catalan and the Spanish governments sitting at the dialogue table which brought about all this. Until recently, SCC had considered they could control the Spanish government, whereas they don’t really know what it defends today. 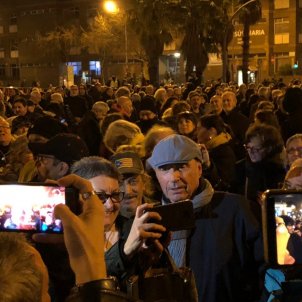 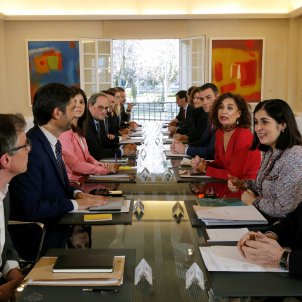