Spain's Ministry of the Interior has announced that the thousands of National Police and Civil Guard officers which were deployed in Catalonia at the end of summer with the objective of preventing the referendum on 1st October, providing coverage for the direct rule of Catalonia under article 155 and, finally, ensuring the electoral process on 21st December will return to their police units and places of origin before Saturday. Operation Copernicus, as it was named by the Spanish government, started at the end of September with those terrible images of members of the Civil Guard being farewelled in different cities across Spain, from Huelva to Córdoba, Toledo to Santander, to the cry of "Go get 'em!", and it has ended with a new pro-independence majority in the Catalan Parliament.

Although the official figures on the numbers of Spanish state security force members who were in Catalonia for almost a hundred days have not been revealed, and nor has the cost of the police operation, it is quite evident that those who maintained from the first day that this was nothing but a political operation were completely right. The Catalan police, being the comprehensive force that it is, was more than sufficient for all security tasks assigned to it. In fact, the aspect that will most be remembered about this unusual deployment is the action taken to prevent the referendum on 1st October, which ended with more than a thousand people needing medical attention and with generalized condemnation from media around the world, as well as from several European leaders, for the police violence on that referendum day.

The poor police planning of 1st October by the Spanish Government's Catalonia delegation meant that the thousands of extra agents - which at one point were claimed to number as many as 20,000 - for the most part did virtually nothing. The time which many of them spent lodged in the three passenger ships in Barcelona's port - one of which was famously nicknamed Piolín, or Tweetie Pie, after the cartoon character painted on its exterior - along with various incidents in different Catalan villages, leading to local protests about the presence of the Spanish police forces, are practically the only effects, putting to one side the brutality of 1st October, of a police operation whose cost has been estimated at more than 80 million euros.

Whether or not this estimate is correct, and whether or not the goal was to intimidate the independence movement, Catalans did not take fright on election day. The record voter turnout of almost 82% of the electoral roll and the 70 seats achieved by the three pro-independence lists Together for Catalonia, the Republican Left and the CUP are the best possible letter of presentation for a legislature that does not promise to be either comfortable or easy. However, it does seem likely to be long. 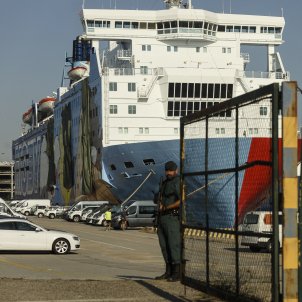 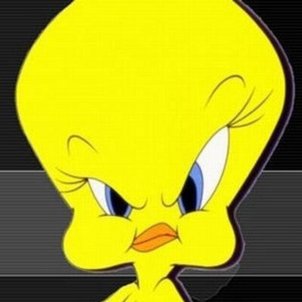 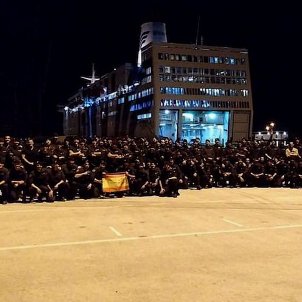