It's truly grotesque what's happening with the candidacy of Puigdemont, Comín and Ponsatí for the election to the European Parliament. After the flagrant violation of the law by the Central Electoral Commission, it seems that nobody dare rectify what happened there and we've spent the whole weekend on the absurd push and pull between the public prosecution service, the second administrative disputes court in Madrid and the fourth section of the administrative disputes chamber of the Supreme Court. The question is which legal body will take the plunge and bear the brunt of the outrage brought about by the Commission.

First it was prosecutors who admitted they're right, finding on Friday that they're eligible and apparently paving the way for the lower court to resolve the matter on Saturday without further delay. You've got to live in Madrid to realise what it means to find in favour of Puigdemont, even with legislation backing you. The judges are living through, certainly, this climate of political and media pressure, and believed they'd found the perfect play: pass the ball to the Supreme Court and be done with it. Let the most senior of them have to show their cards, they must have thought.

This Sunday's editorial in El Mundo, to quote one, was already preparing for the Supreme Court to correct the prosecutors with a headline that said it all: "Scandalous support from the public prosecution service for the fugitive Puigdemont". It supported, without qualification, some very dangerous ideas. "For the first time since the start of the independence process, the public prosecution service has sided with the interests of Puigdemont, a fugitive from justice, prosecuted for the serious crime of rebellion, who aims to represent in the European Parliament a nation whose constitution he doesn't recognise". One substantive error, and another formal error: I doubt that the Public Prosecution Service is now on Puigdemont's side; it hasn't wanted to join the Commission in its disrepute. Second, Puigdemont isn't a fugitive! Is it so hard to understand?

But what has the Supreme Court done? It's returned the dossier to the corresponding court in Madrid, arguing it's not competent to decide, but indicating what the decision should be when it says there's no motive for Puigdemont, Comín and Ponsatí to be ineligible. I mean, it's what prosecutors and the majority of experts who have commented on the case say, to the great anger of the political and media right for whom it seems to be a matter of life and death, once again, and for whom the law seems to be the least-important factor.

The case should be concluded today and in a single direction, correcting for the Commission and validating the candidacies of the three pro-independence politicians. But dealing with the Spanish justice system, as we've all seen recently, we can't count out a final twist. The circus can be like that. 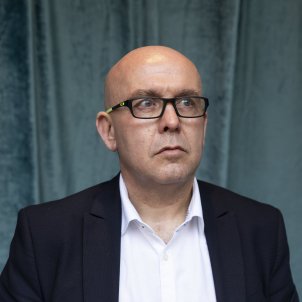 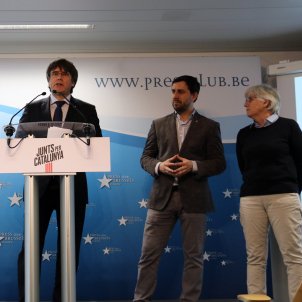