In politics, when signs are given, they should not be ignored, and more so when they relate to people. They are often an indication of where things are going and a guide to keep in mind in processes where information might be the one thing missing. So it is worth scrutinizing the list of members of the dialogue table between the Spanish and Catalan governments now that we know the six members on the Catalan side - eight when Quim Torra and Pedro Aragonès are present, which will be exceptionally - and five from the Spanish government, as well as Pedro Sánchez, who has only confirmed his attendance at the first session.

What lies behind the fact that the Catalan line-up consists of Jordi Puigneró, Elsa Artadi and Josep Rius on the part of Together for Catalonia (JxCat) and Alfred Bosch, Marta Vilalta and Josep Maria Jové for the Catalan Republican Left (ERC)? Ultimately, the names chosen by JxCat are much more astonishing since if they respond to anything it is an intended pattern for the future, rather than the past or the present.

It's like this: the dialogue team has only one JxCat voice who is part of the Catalan government: the minister Puigneró. Of the others, Artadi is the party's leader on the Barcelona city council and Rius was head of the president's department for both Carles Puigdemont and Quim Torra. What they have in common is that all three are in Puigdemont's closest confidence, a detail that is not at all insignificant when a definition is being drawn of a political space which, under the probable umbrella of JxCat, will group together parties from the PDeCAT to the Crida and independents. In addition, taking into account that behind all this political articulation is the preparation of the candidature for the next Catalan election - which will be held at the beginning of October at the latest, although maybe even before the summer - supporters and opponents of this political space were struck by the fact that the person chosen for the dialogue table was Puigneró. Not the Catalan minister Meritxell Budó, nor her colleague Damià Calvet, who has openly positioned himself as a possible presidential candidate for JxCat and, in the eyes of many, may appear as the main victim, if it's not the Catalan interior minister, Miquel Buch.

Obviously, this doesn't place Puigneró in a position of preeminence for the future. That would be greatly stretching the signal sent by the Catalan government. But neither is it a trivial gesture when it seems that the internal battle has already begun and there are candidates that have been at work for some time. The presence of Artadi is also significant. The former minister of the presidency has now returned to the front lines of Catalan politics after a few months in a less intense and exclusively municipal role. This is a detail that stands out and situates her in an important position both in the electoral candidature and in the political space being ordered by president Puigdemont. Something similar, on another level, is the case with Rius, who will make the leap to Parliament in the next legislature. We'll have to wait a few weeks to find out more about the jigsaw puzzle which is being assembled.

In the case of ERC, Marta Vilalta and Josep Maria Jové were already representing the party at the table that negotiated the formation of Pedro Sánchez's government with the PSOE. This, then, signifies the maintenance of the coherence of those sessions that closed the agreement: preserving the significant weighting that Vilalta is acquiring in the party, replacing Marta Rovira in the day-to-day, along with the always discreet role of Jové, a person who has the closest confidence of Oriol Junqueras. With respect to Alfred Bosch, his presence is marked by his role as Catalan minister of foreign affairs, institutional relations and transparency, as well as being the Catalan representative presiding over the Joint Commission on Transfers, a bilateral body on the transfers of competencies to the Catalan autonomous government which has not been called by the Spanish state for years. 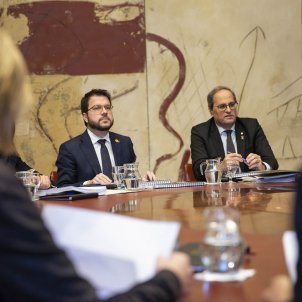 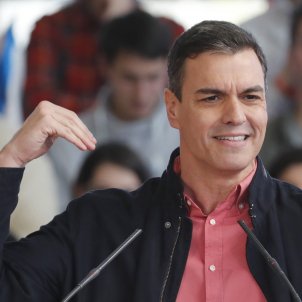 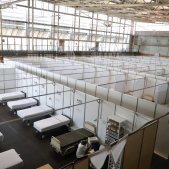