The Ripoll imam, a story with too many shadows

The story of the man who was imam of Ripoll at the time of the attacks in Barcelona and Cambrils, in August 2017, and his relationship with the Spanish security services still has too many question marks in it to think we know the whole truth. It's even possible that we might know very little of it. This Tuesday, in the special parliamentary commission on the investigation into the attacks we've learnt that the Spanish police visited the Ripoll mosque and the heads of the Islamic association Annour to ask directly for the attacks' mastermind, imam Abdelbaki es-Satty. Not once, but twice, and they were in touch a third time by phone. That's a lot of times to not talk about anything or about insignificant questions when his name had already appeared in court documents over his alleged relationship with jihadist terrorists.

Neither the former PP government, nor the current PSOE one have been especially interested in an exercise in transparency over the imam's relationship with the Spanish police. Ministers come and go, first it was Zoido and now Marlaska; deputy prime ministers come and go, Soraya Sáenz de Santamaría first, and currently Carmen Calvo; and the Moncloa government palace has different occupants, Mariano Rajoy then Pedro Sánchez, and the dossier on the imam remains locked in their safes, which only amplifies the enormous doubts that exist. Among other things, because only the effective work of the Catalan police and also, as happens in these cases, luck, allowed for the dismantling of a terrorist cell which left sixteen people dead in its wake in record time.

Beyond the tragedy, the attack showed something which the Spanish government didn't forgive: the efficiency of the Catalan police and its brilliant handling of a terrorist attack. By coincidence (or not), Mariano Rajoy's government would soon embark on disparaging the Mossos and its leaders with inexplicable malice. For that reason, also, clarifying the whole truth about the Ripoll imam would make clear the unjustifiable silences there have been.

Editorial Flight risk and the right to defence José Antich 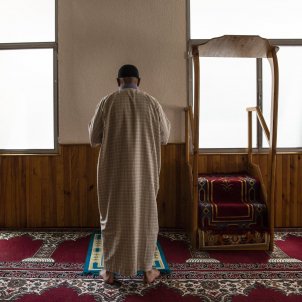