This Tuesday in Brussels, Spain is starting its third attempt to get the justice system to arrest and hand over Carles Puigdemont and thus put an end to the nightmare of the Spanish deep state, which is clocking up failure after failure as long as the exiled leader goes on travelling freely around most of the countries of Europe, being interviewed by leading world publications and having international agencies, such as Bloomberg, constantly refer to him as "the Catalan president in exile." Because Spain's foreign ministry, with Josep Borrell at its head and a budget of hundreds of thousands of euros at the service of Global Spain, has failed to install a convincing narrative of its own in international public opinion. This week, for example, four international publications - US magazine Time, UK newspaper The Times, Russia's Komsomolskaya Pravda and the Swiss daily Blick - have all published Puigdemont interviews or opinion articles.

Puigdemont is appearing before Belgian justice in a process that will be long - experts think it will last for about a year - and whose preliminary phase begins this Tuesday. Although a final verdict has now arrived from Spain's Supreme Court, which could suggest that the position of Spanish justice in its extradition request is more solid, it is not entirely clear that this is how the judge will have to rule it. Basically, because over the desk in Brussels, European Arrest Warrants have been seen to arrive and then to be withdrawn, which never helps the solidity of a proposal, and also because the Spanish crime of sedition does not seem to have an equivalent offence for the Brussels court. And perhaps in the end, they will end up talking only about the misuse of public funds charge, and judge Pablo Llarena has already said tacitly that if this were the case, he would not accept extradition and, once again, he would withdraw the arrest warrant.

In these first legal flirtations, the Belgian prosecutors have stated that they will ask Puigdemont to be handed over to Spain for sedition and misuse of funds, which, given the collaboration between the public prosecutors of both countries, is no great surprise. In fact, the Belgian prosecutor's office did the same in 2017 and 2018, although it did not achieve its purpose. The fact that a few weeks ago, when the case arrived in Brussels, the judge decided that Puigdemont could go free without any bail deposit is a first clue. It's obvious that the president in exile's strategy at present is twofold: to obtain his accreditation as an elected MEP, which would give him parliamentary immunity - the case for this continues on its process through the EU court in Luxembourg - and, simultaneously, to achieve the rejection of Spain's third European warrant. The progress of this extradition request will probably determine judge Llarena's action with the other Catalan political exiles in Belgium, Switzerland and Scotland.

What is certain is that the judicial battle over extradition that is now getting underway is the final and definitive one. The mother of all battles. 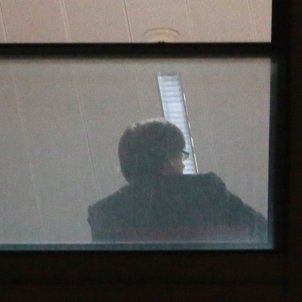 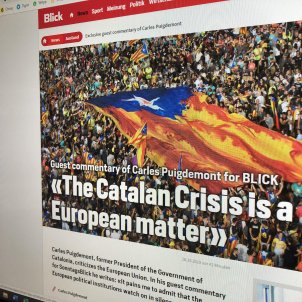