Puigdemont throws down the gauntlet

Catalan president in exile Carles Puigdemont launched his political party on Thursday, via the publication of a manifesto, and also announced a careful first selection of pro-independence names that will support it, plus the date of July 25th for the official constitution of the new organization. The news marks a turning point in the arduous and fatiguing talks between Jordi Sànchez's Crida and the PDeCAT, which have been definitively abandoned as a failure in the face of the demands of the latter to have a fixed quota of representation in the new party, a concession that neither Puigdemont nor Sànchez have been willing to accept.

Puigdemont is accompanied in the adventure by a very significant number of the reference figures as well as the narrative of the 1st October referendum, the republic and independence which has been integral to his political space up till now. Thus, prisoners and exiles who are part of the PDeCAT are present, such as the ministers Turull, Rull, Forn and Puig, as well as leaders from the left  such as Sànchez and Comín who have already, in previous elections, been candidates for Junts per Catalunya (acronym JxCat, translation Together for Catalonia). Not without reason, the target public at which the new project is aimed consists of 1st October voters, both those who have voted JxCat and those who have never voted for them, according to the manifesto, entitled "Together, for Catalonia".

But alongside this large presence of independence heavyweights there is also a significant absence, that of Artur Mas, the president who launched the independence project in 2012, after the mass demonstration of Catalonia's Diada of September 11th, the man who appointed Puigdemont in 2016 as his successor at the head of the Catalan government and who will now have to clarify where he wants to be located. It does not look as though he will take a step towards the new party, at least in this first constitutive phase in the month of July, although nor is Mas about to align himself with the current direction of the PDeCAT.

This is a fully-fledged challenge to the pro-independence electoral space, jettisoning all party ballast. However, the perimeter of the new political formation led by Puigdemont will not have the scope initially desired, since PDeCAT has split itself off noisily. The party led by David Bonvehí now embodies, from an ideological point of view, the farthest-right sector of independence support.

For some, the rupture with PDeCAT is good news as it breaks the links back to Convergència and many of the judicial problems that former party has dragged around with it. For others, though, the fact that the PDeCAT has been left out is an obstacle to forcefully arguing that the new party brings together the greatest possible number of variants in the independence movement, as there have been too many victims along the way. Not only that, but with the break, the JxCat brand will not be able to be used by the Puigdemont party without an agreement, and the electoral and economic rights conferred by previous elections will be out of its reach. However, it will also be necessary to see how the PDeCAT resists the nervousness of its leaders, which is beginning to become evident, to explain to members the break with their most important political and media references, and, above all, to accept their position as an alternative party to Puigdemont's.

What is very clear is that Catalonia is beginning to enter the area of ​​maximum electoral turmoil. It is certainly no longer possible to speculate much more about whether or not Puigdemont will be a candidate in the next parliamentary elections as he seems to have all the numbers for the answer to be yes and his list position to be number one. The fact that president Quim Torra is left out of the signatories is due to the need to preserve a minimum, although unnecessary, institutionalization of his office. A superfluous circumstance without a doubt, since everyone knows that his electoral space is that of Puigdemont. Other current Catalan ministers such as Buch and Puigneró have also been left out, probably, to avoid opening a debate on the permanence in the government of Àngels Chacón, highly aligned with PDeCAT.

As for the electoral calendar, there is still a great deal of uncertainty, although it certainly delimited by the period from early October until perhaps February, as the execution of president Torra's sentence of disqualification from office, to be carried out by the Supreme Court on its return after summer, leaves little more margin. Quim Torra is almost alone among the inner leadership circle of JxCat in backing the first option: call elections in October. However, the majority prefer to let the Court disqualify him and then stretch out the period for compliance to the maximum, thus making it visible how Spanish justice is interfering in the Catalan electoral calendar. 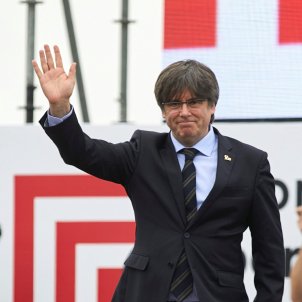 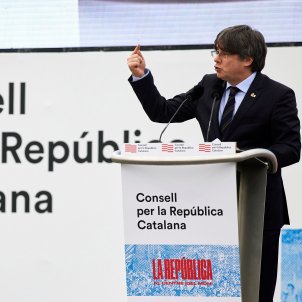 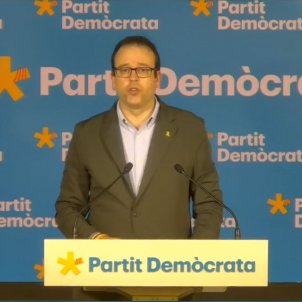 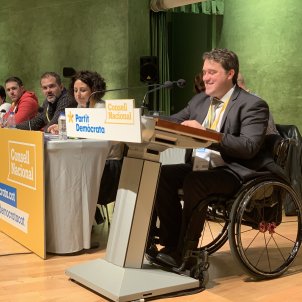