The Puigdemont file, in the hands of the UN

The news that the UN Human Rights Committee has agreed to consider the complaint made by exiled Catalan president Carles Puigdemont against the violation of his political rights in Spain is significant. It means the UN committee will study the file in which the president explains that a number of his rights have been violated, among them the right to be re-elected as president of Catalonia. A right that Spanish justice has prevented him from exercising through legal arguments, since the hypothetical crimes of which he is accused are well short of a final verdict - indeed, the initial inquiry phase of the case has just been completed.

The response from the UN coincides with the statements made by the German judge of first instance who questioned Puigdemont on Monday at the Neumünster courthouse, indicating that, in her opinion, the extradition may be considered inadmissible and may, therefore, be denied. The decision will not be hers, but rather, will be taken by the High Court of Schleswig-Holstein. Although experts in German criminal law do not all share the same opinion, the vast majority consider that a series of appeals are likely to prolong the case and with it, the privation of the president's liberty.

The UN recipe, although slow to cook, is difficult for the Spanish authorities to digest. A glance at the international media is sufficient to understand the amount of damage that is being done to Spain's brand, although it seems that the authorities are ignoring this.

And this circumstance will have its effects on the immediate development of Catalan politics and in the investiture of a Catalan president by Parliament. In particular, at a time when two differing news stories on Carles Puigdemont are unfolding together: on one hand, the sending of the Catalan president to prison last Sunday after being detained by German police, pending the decision of the Schleswig-Holstein court, and on the other, Judge Pablo Llarena's weighing up of the possible suspension and disqualification of the president's right to be definitively elected, also linking up with the verdict that will come out of the trial.

The defence of president Puigdemont's rights, as the legitimate president of Catalonia, must be the fulcrum which centres all the leveraging carried out by pro-independence politicians. Above all, if they want to hang on to the public mandate they won electorally on 21st December. 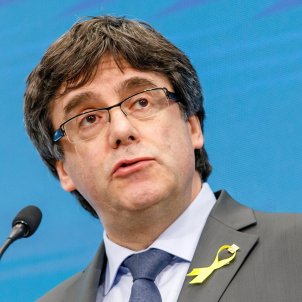 Editorial The freedom of Puigdemont, a European issue José Antich