I don't know what president Quim Torra is planning to do after the blow he was give by the Catalan Parliament in a day that came in three acts: in the morning, his seat as a deputy was removed, once the chamber's secretary general gave the starting signal, put it down in writing and the Electoral Commission was notified; in the afternoon, ERC deputies and ministers in the government avoided applauding his speech -very critical of speaker Roger Torrent- in a clear image of the end of an era; and, in the evening, with everything lost and amid great political solitude, he abandoned the Parliament.

It's clear that many more things happened during a day of public disagreements which could no longer be kept behind the scenes or in more or less discrete meetings. Coming, as such, is the time to manage the end of the legislature because the different opinions and strategies and irreconcilable. It's sad, but there's no turning back: the independence movement has sent up in smoke the legislature which, against the odds, voters gave them on 21st December 2017.

The most reasonable thing to do would be to save the budget and hold an election immediately afterwards, before the summer. Given how difficult agreements are in such a divided Parliament, it wouldn't be sensible to waste the opportunity and do it the other way round. It would be tantamount to leaving the budget for 2021, and there are too many emergencies for them to wait and continue rolling over 2017's. But I have the impression that at this time there are too many electoral calculations and everyone is already thinking about their date with the ballot boxes.

This note would be incomplete without an comment about the unacceptable behaviour of the Ciudadanos deputies and the thuggishness of its leaders. However the next Parliament may end up, there will be one good piece of news: the practical disappearance of that party. 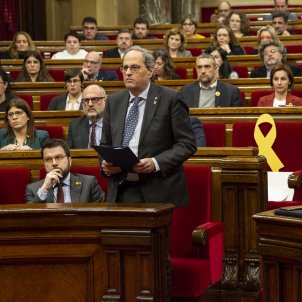 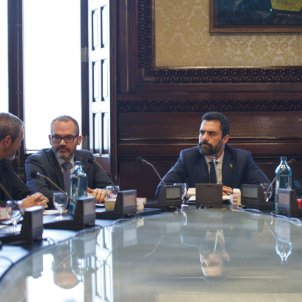