Images of the secretary general of Spain's left-wing Podemos party, Pablo Iglesias, talking energetically and sharing some carefree laughs with the parliamentary spokesperson for the extremist Vox party, Iván Espinosa de los Monteros, have led to all sorts of comments this long weekend, ranging from those defending it as good manners to those arguing that with attitudes like this the left normalizes the growing strength of Francoist fascism in Congress. The scene, which took place during the events in Madrid to mark the Day of the Spanish Constitution, was not just a simple greeting made out of courtesy but, rather, was exactly the same as could have taken place between the Podemos leader and any other political party deputy.

Not too many days ago, at the end of a televised debate during the Spanish election campaign, Basque Nationalist Party spokesperson Aitor Esteban explicitly refused to shake the hand of the very same Vox representative who protagonized the jovial incident on Friday. Esteban said: "We do not shake hands with Francoists". A small gesture that seemed commendable to me because the danger of Vox for democracy is not something to laugh at.

Iglesias has now used social media to try and justify his action, asserting that, rather than incoherence, it was simply a result of the "human condition" and with his message he published three other photos: two showing him with Mariano Rajoy and Oriol Junqueras respectively, and another of ERC's Gabriel Rufián with a Vox party election-day scrutineer. Rajoy and Rufián, being in possession of their liberty, will defend themselves if they can and want to, but former Catalan vice president Junqueras has been behind the bars of Estremera and Lledoners prisons for 765 nights.

What is the "human condition" Iglesias speaks of which attributes the same importance to his shared joke with Espinosa de los Monteros as to his greeting to Junqueras at the constitution of the Spanish parliament after the elections last April? Junqueras, unjustly imprisoned, enjoyed a few hours of liberty to take his seat in the Spanish Congress, apparently by pressuring the Supreme Court to apply the law. Vox conducted its own private prosecution in that trial. Prisoner and jailer are not the same, Iglesias.

What a mess. What a bad state everything's in. 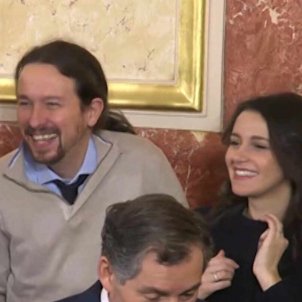 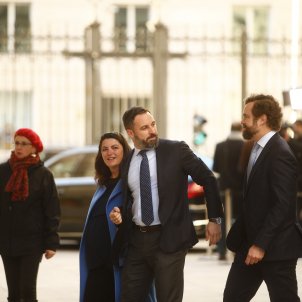 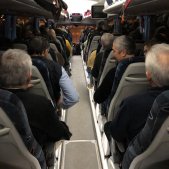