The dark pacts of Ciudadanos

The French press is surprised by the support from Ciudadanos and Manuel Valls for Ada Colau whilst the president of the republic is said to be displeased by the alliances between Albert Rivera's part and the far-right Vox in multiple Spanish municipalities to unseat, together with the PP, the centre-left from numerous mayorships. The influential journalist covering European affairs Jean Quatremer has written in the newspaper Libération that the future of Ciudadanos in the ALDE group (now renamed Renew Europe) in the European Parliament is in danger thanks to its agreements with Vox.

Ciudadanos, until recently the great hope of the Spanish elites, is starting to be a problem. Whilst in Madrid they're pressured to line up with the right if they have the numbers, however extreme they may be, and with PSOE if there's no other option, so that that party doesn't go for Podemos, in Europe such games are looked on quite badly. The thing is that, in European chanceries, they don't draw a line between Vox and, to give one example, the former French Front National: they are part of the same far-right family. And Rivera's political contortions, thinking he'll manage to fool everyone, are starting to be devastating for his party.

The images from this weekend, the press headlines and the noose tightened by Vox around them if they wanted to hold on to municipal power have done enough damage for Ciudadanos to have more than one problem in the medium term. Vox has now entered the institutions and it's done so in a way that was normal in a way that appeared very unlikely not that long ago. Its power, although embryonic in many places, will make itself known, as has already been seen with the Andalusian government's budget.

That's because nobody gives their votes for free just because, however much the mayor of Barcelona may claim so. 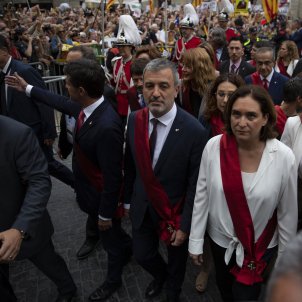 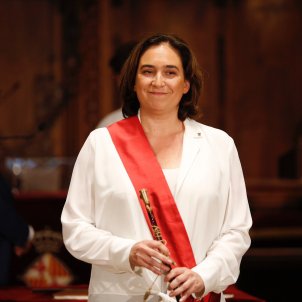